“Every year I go with friends on an off-road adventure ride in southern Oregon. This year I was going to take a [Ducati] Multistrada, and I had it on the lift to install a set of Continental TKC 80 ?off-road tires. The [Ducati] Panigale was on the lift right next to it. One of my buddies stopped by, saw the two bikes side by side, and said, ‘You should put those TKC 80s on the Panigale and take that.’ I said, ‘Why, yes, I should.” ? Arun Sharma, “Me & My Bike,” Motorcyclist magazine, March 2014

Sharma strapped a first-generation Great Basin Saddlebag on his modified superbike, and he and his friends took their annual dirt roads tour in Giant Loop’s own backyard. In the photo, Sharma’s at Fremont Point, overlooking Summer Lake, where Giant Loop goes for our annual customer appreciation ride.

Ducati’s Quentin Wilson (who took the photo of Sharma) has been riding with the Great Basin Saddlebag and Fandango Tank Bag on his bike (Ducati Streetfighter, fly-and-ride trip to Italy to tour on a Ducati Multistrada, etc.) since Giant Loop first introduced these bags. 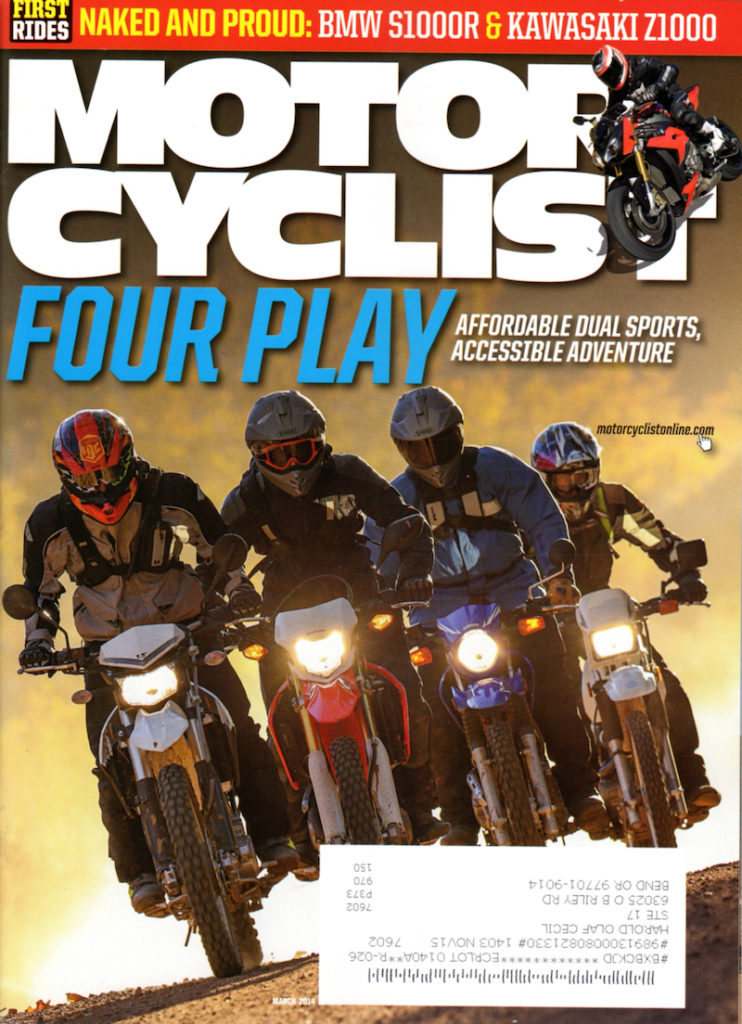 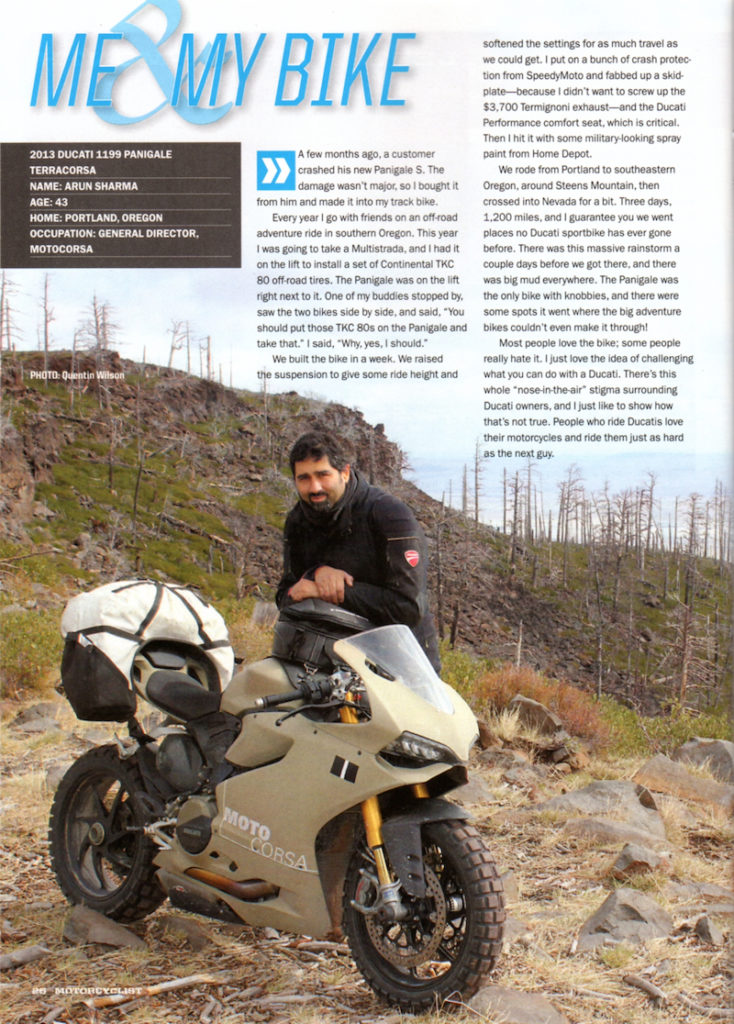