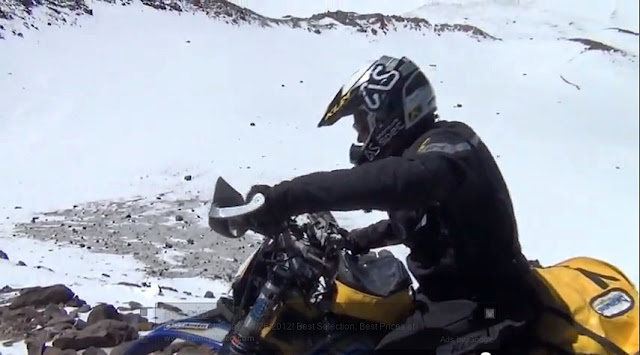 By admin | Blog, Riders | No Comments

“We dont have a vast support crew behind us, just a couple of friends. So we need to be able to carry our own gear. We need to carry camera gear, video gear etc with us up the mountain every day. Some previous efforts, based on trials bikes carrying nothing on the bikes, were accompanied the whole way by 4WDs and a crew. We don’t have that luxury so needed to plan for luggage. Giant Loop are the pioneers in dirt bike luggage. They invented it. They worked out how to wrap a bag around a bike, so that you dont need racks. So for weight, simplicity, reliability, toughness, Giant Loop had to be the gear for us. We are each taking a Giant Loop Coyote rear bag and a Fandango tank bag.”

Free US Shipping on $39+ orders Dismiss