Canadian rider and Overland Adventure Rally organizer Lawrence Hacking’s article recounting his experiences racing the Mongolian Rally appear in the February 2015 issue of American Motorcyclist magazine, published by the American Motorcyclist Association (AMA). He rode a 2014 Honda CRF 450X with Giant Loop’s MoJavi Saddlebag throughout the rally, and here’s what he wrote about it: “To lighten the load on myself, I used the Giant Loop MoJavi bags to carry the heavy items that I would likely need to finish, such as tools and a spare inner tube.” 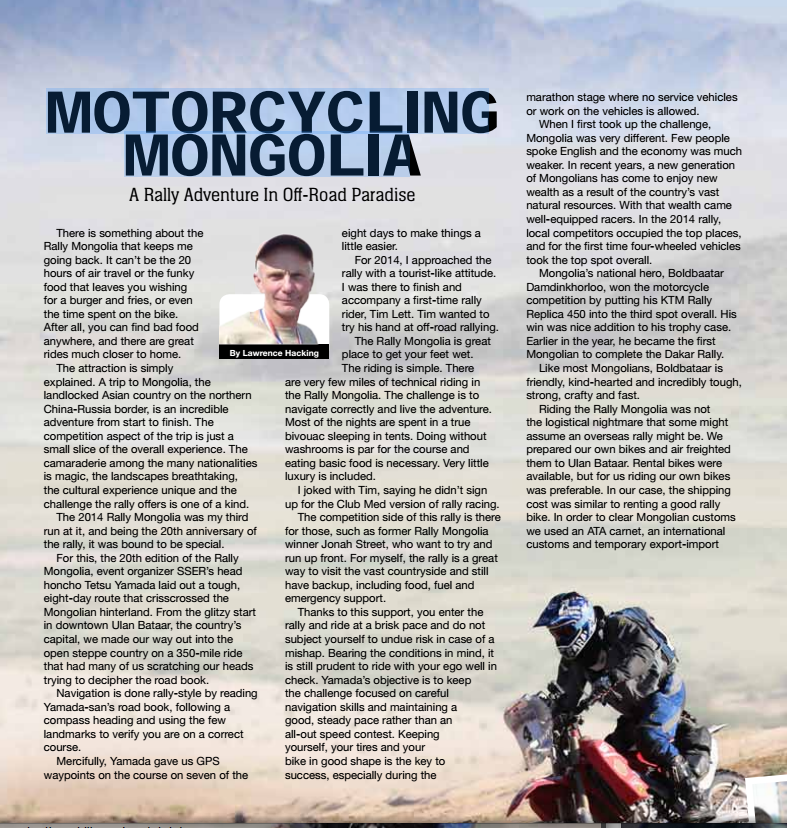 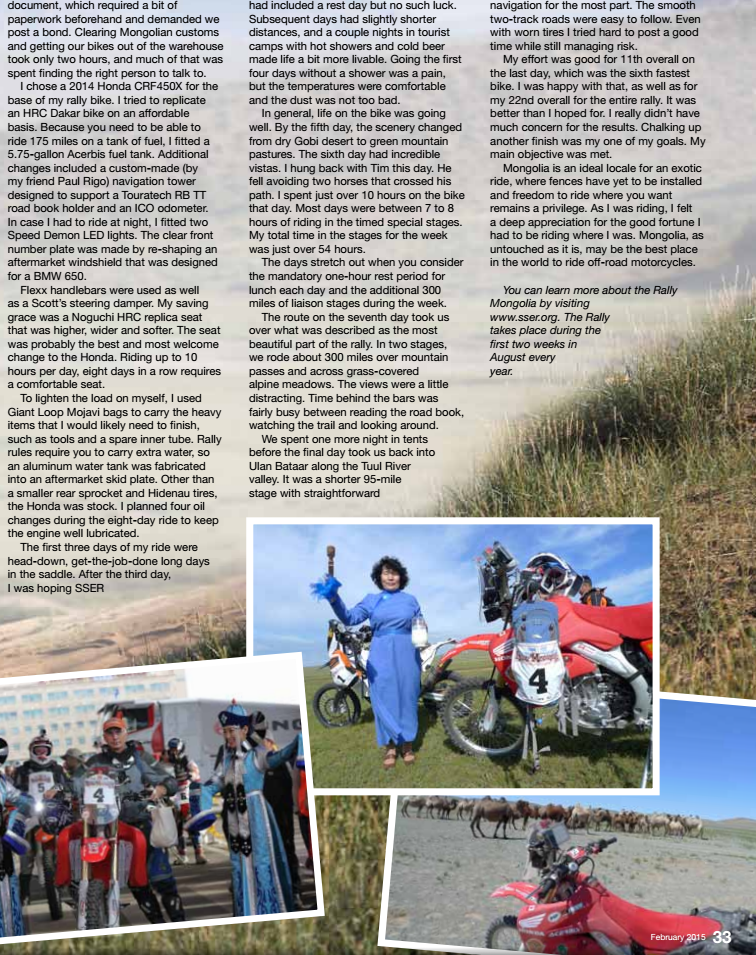