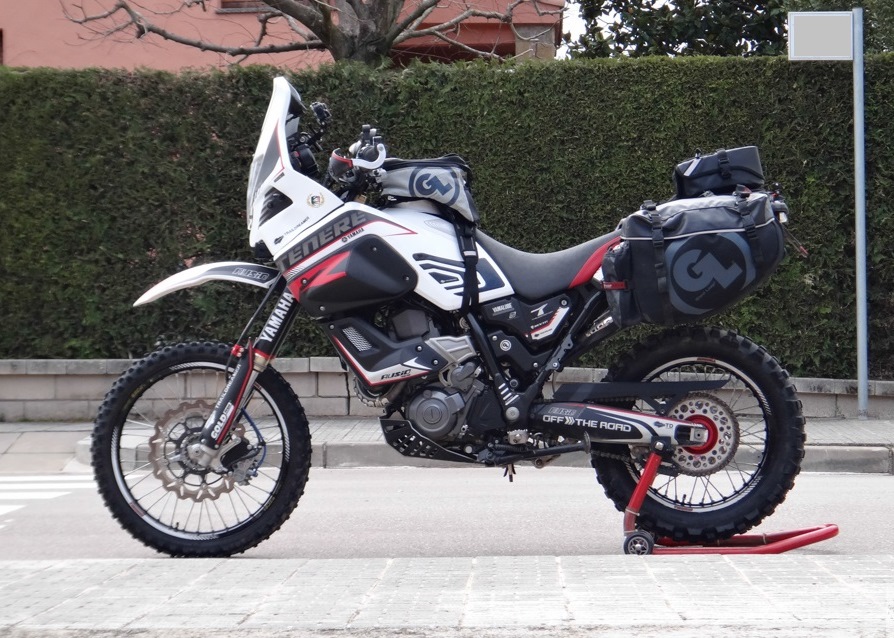 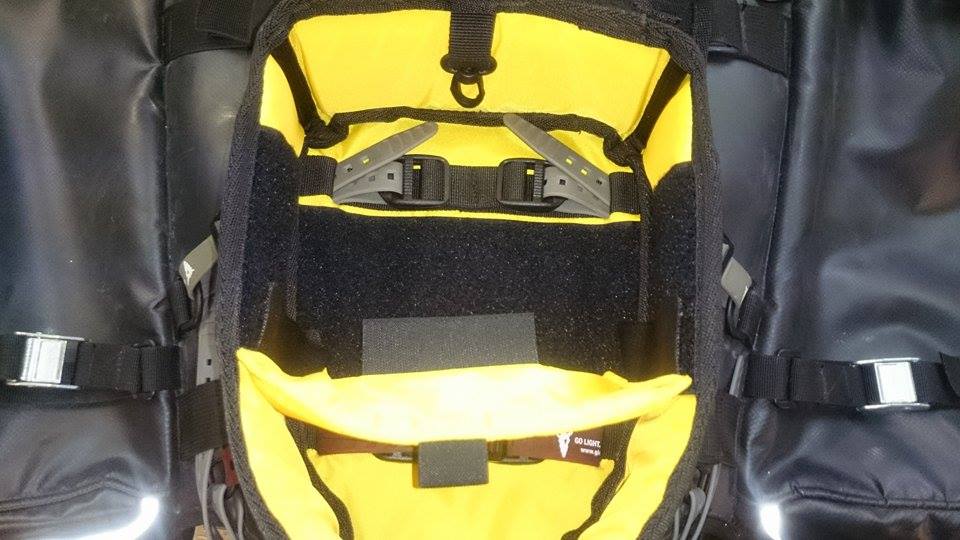 Here you can see how Jaume has removed the Klamth Tail Rack Pack’s hooks and threaded the Pronghorn Straps into the thumb-lock buckles to mount the Klamath Tail Rack Pack to the Siskiyou Panniers’ integrated D-ring attachments. 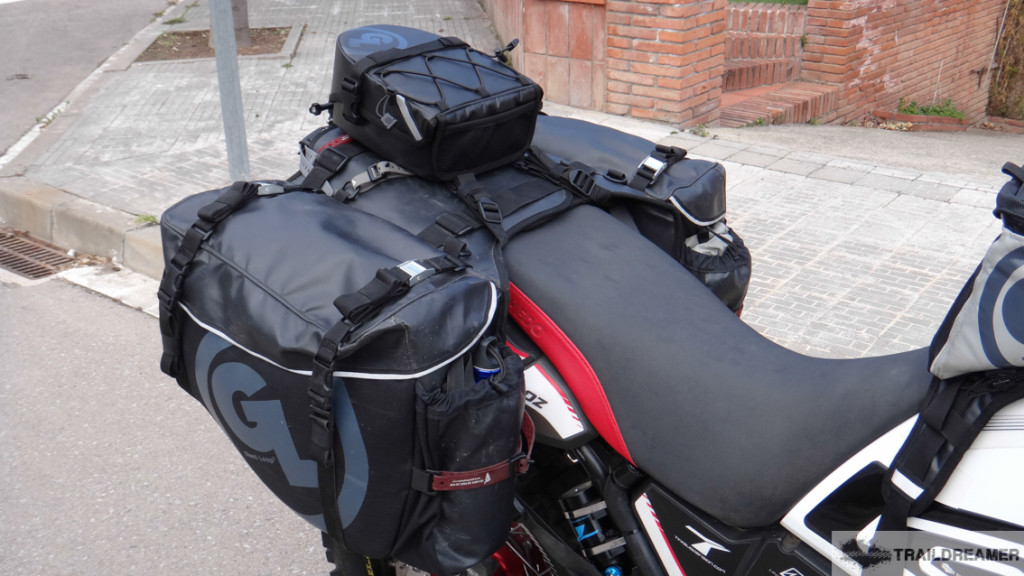 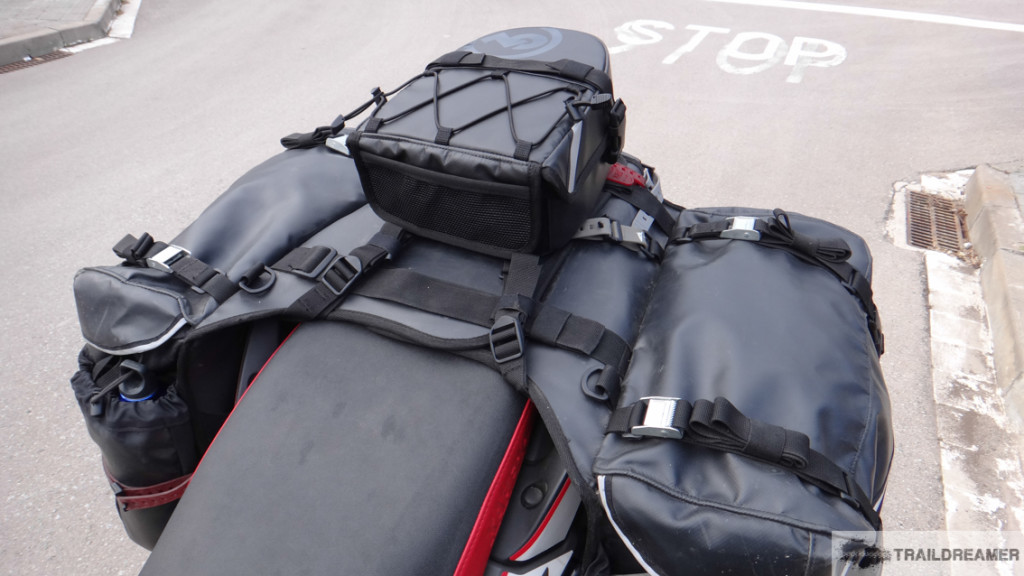 Prepped for motorcycle adventure in Morocco! 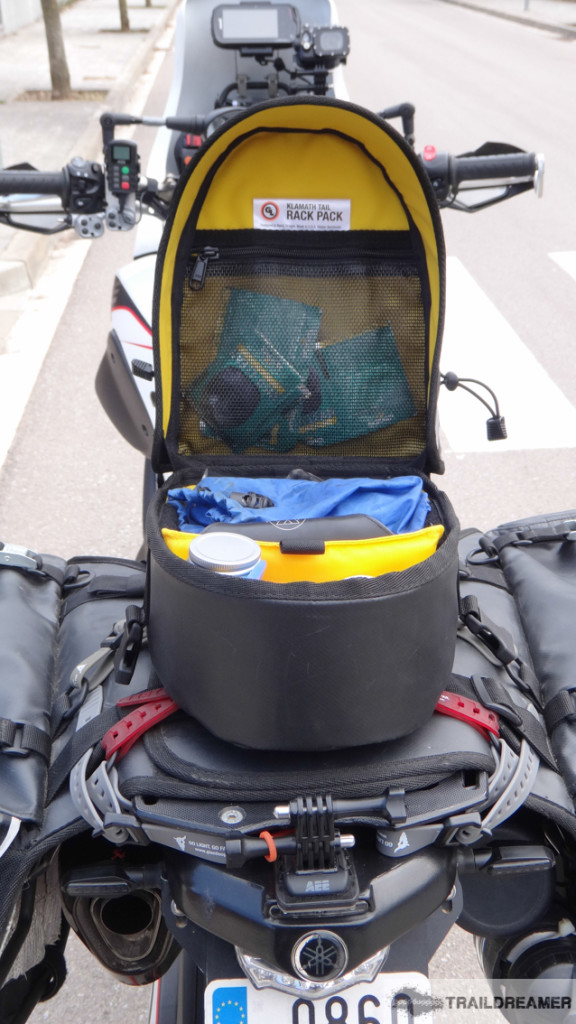 The Klamath Tail Rack Pack is like a motorcycle tank bag for the back of the bike, featuring a zipperless clam-shell lid design for quick access even with gloves on. 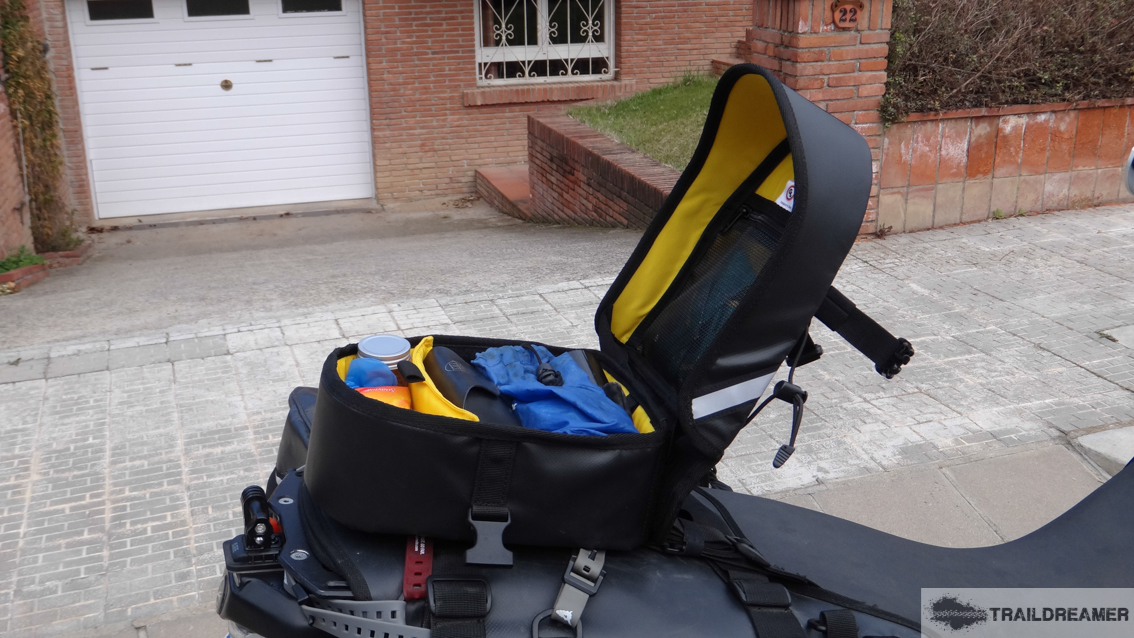