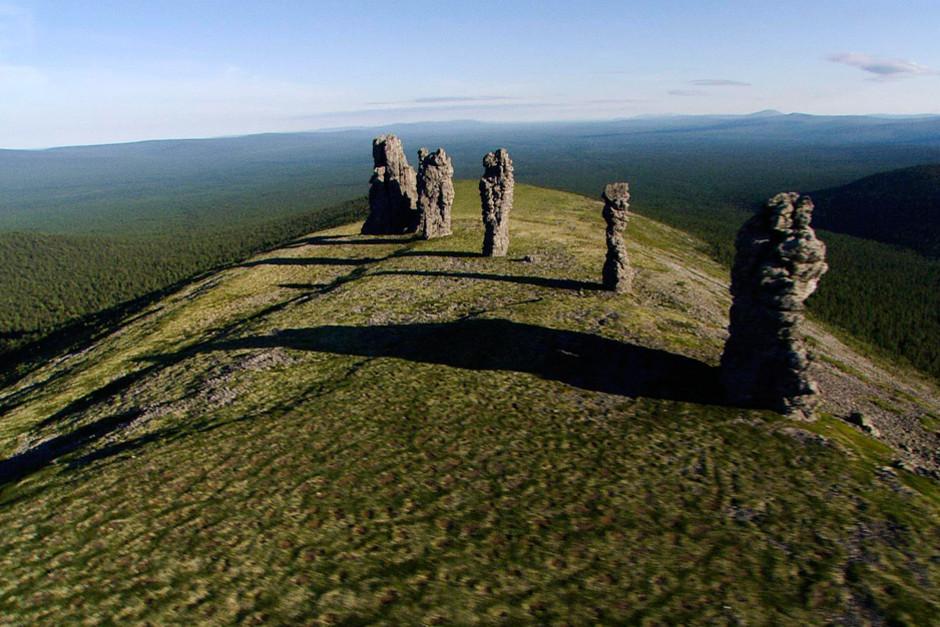 The journey
I admit that the idea of ??reaching this remote place on the Ural Mountains is not mine, but of Nicholas Codognola the editors of Motorcycle Racing, which has also provided the logo of the shipment. In front of a sandwich (biker …) tells me about this mystical place, difficult to reach and even to be found on maps. It then performs the grave mistake of showing it on his smartphone, along with other information gathered by them in turn when he discovered its existence.

As always, the trips are born from the desires for me, and these are completely free to wander through my brain lobes, with a guarantee of absolute impunity.

And here I am, about two months later, to have simply decided that I want to go there and get to the nearest place where you can put the wheels.

The journey is divided into two parts: the first 95% and the remaining measly 5%.

For the second part I could take much longer than the first.

Indicatively, the path included in the first 95% will be:

? Italy
? Austria (Graz and Vienna)
? Slovakia (visit the main castles and tents pitched in national parks)
? Romania (“Transylvania, Transylvania station …”)
? Moldova (Republic of Transnistria and of the self-crossing: For years I want their money with a hammer and sickle, impossible to change or spend elsewhere if not in their status as the largest municipality of Pavia)
? Ukraina
? Russia (Moscow) certification that the girlfriend returns to Italy with a comfortable airliner, big sigh and departure to the East

The Manpupuner is located in a natural park, so it is possible that I am able to bring the vehicle under one of the giants of stone.

However, it makes a difference which side you look at the lens.

The park of the Pechora-Ilyc extends primarily to the west of the site, thus obliging the reckless rider, after a journey of about 1000 km due east from Moscow, to leave the beloved zigzag through mud, rocks and curves not reported for a boat first and then just walk away. Respectively, are 250 kilometers to go on a boat up the river, then venture into the jungle for another 40 strictly on foot.

I have found that a climber has reached (and climbed …) one of the giants coming from the south, passing over Ekateryneburg and reaching Ivdel. The essay is then activated a GPS tracker, saving the path to the plateau. 200 miles to go, but overlaying the track to Google Maps, you can see the trails that are very close to Manpupuner, to the edge of the park, just 6 kilometers from the rock formations. 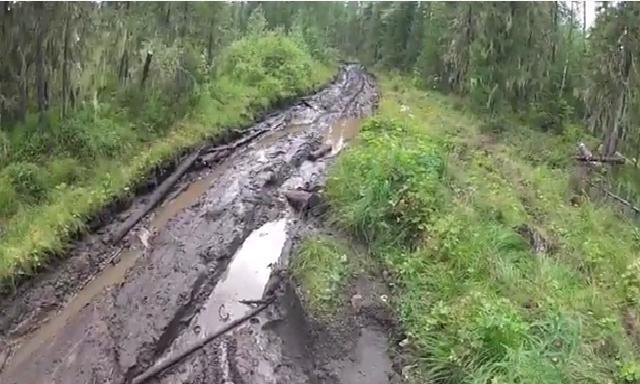 The idea is then to arrive from the south and grapple in the 200 miles of mud, river crossings and forest to get up to on two wheels where possible.
Then tie the bike to a tree, make a full day of hiking to reach the place longed for, take a terabyte of photos, go back to the bike, turn it, give it gas for 5000 miles to the view of the East Freeway

All of this is independent of the total lack of clear information about the possibility of facing “legally” the road to the north of Ivdel until Manpupuner. But “legally”, in Russia, it is an elastic term.

One of the most challenging aspects is the part to drive over Ivdel, since I would not be the first to deal with it in motion, but you will find all the information about recommended to go as part of a shipment and a support vessel, immediately behind, to carry food and water. And gasoline. 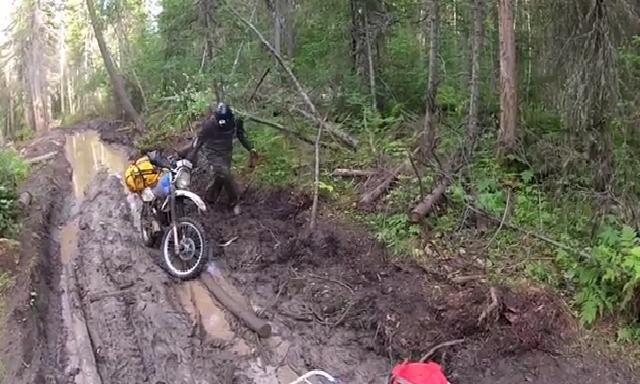 Climber on the map indicate the points where you can stock up on water, I’ll see how the rest get organized before leaving the dirt road toward the plateau. 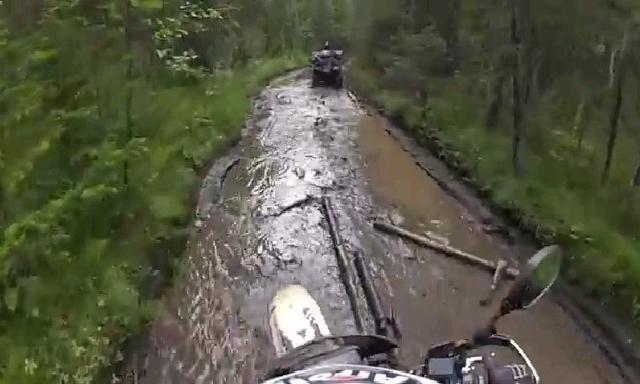 Also, after about 100 miles, you will cross a place where many years ago a group of experienced climbers found dead in order to say the least original: without language, almost without clothes even though it was February, escaped from the tents hastily cutting them from ‘interior with numerous fractures and interior with no signs of bruising. The friendly event is easily readable even on Wikipedia at this link …… and the way that I will go there exactly in the middle.

The trip, the photos and the post will be re-launched on ………

I have with me Canon professional products, two action cam, Caberg helmets and equipment Giant Loop.

Will be published daily on a post on a platform to define, spread via Twitter with a special hashtag, some pictures and a video pill (without editing) every 1 or 2 days.

Will be given the space to the impressions of a passenger, female, who until two years ago was convinced that the adventure was “anything more than Bordighera.” And always on four sturdy wheels.

The partners will be able to resume the materials on any media (traditional or electronic).

At the end of the trip, will produce a mini-documentary about the expedition of about 15 minutes, spread over the network through institutional channels Youtube.
the half

They are known to be an avid 50ini, but in this case I really could not help but add a few cubic centimeters, given the presence of a passenger to Moscow. The choice fell on the Tango 250, kindly provided (with a mountain of proxies translated into 15 languages ??included) to Rieju Italy. 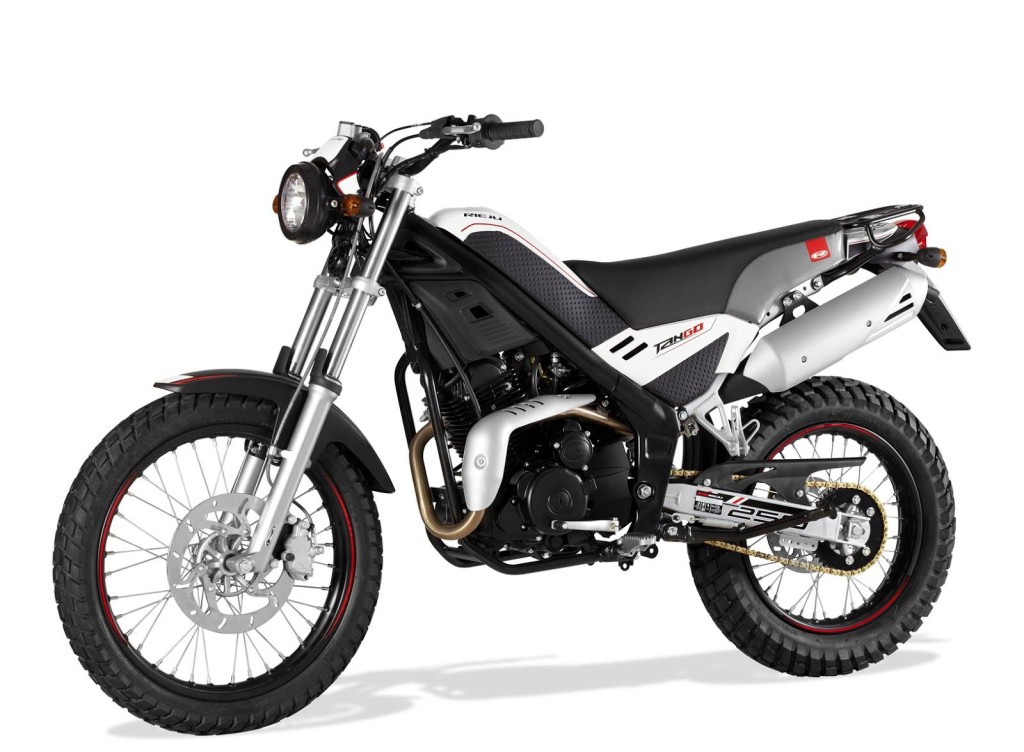 It ‘an appropriate means for the length of the journey and for that last 5%?

My name is Simon, I have worked in IT for about 15 years but with an eye often turned to the engineering of corporate events and their management (ING Direct, MV Agusta, DHL are just some of my clients).

When I stopped on the role of my first life, I found myself driving on 2 or 4 wheels, making travel increasingly long and increasingly less appropriate to the means used. Just to name a few, on 4 wheels I made a trip from Milan to Ulanbatoor with a Citroen AX, from Milan to Tokyo with a Fiat Uno and from Milan to Sydney with a Fiat 500. Staying on love 2 wheels, as well as traveled in throughout Europe, I made a trip to Morocco and South Africa-Egypt with a Honda Africa Twin 750 and went up in Kazakhstan via Russia and returning to Iran. Turning to small cubage, I went to Milan to Dakar with a Honda SH 50. My business is probably more interested in what was done between 2011 and 2012: from Cape Horn to Alaska with a Beta RR 50cc. 36.260 kilometers that I have earned the Guinness World Record for the longest journey ever made by the means of most small displacement.

The report of the Fuego2ice, the name of the last company, has been published extensively in the journal Motorcycling, on their official website and on my blog (with about 32,000 active members) connected to the Facebook group.

The event gave a tangible visibility and constant, for about 9 months, the partners and sponsors of the project (Betamotor, Toucan, Arai, Canon, Ber Racing, Ceva to name a few) through the press and social networks.