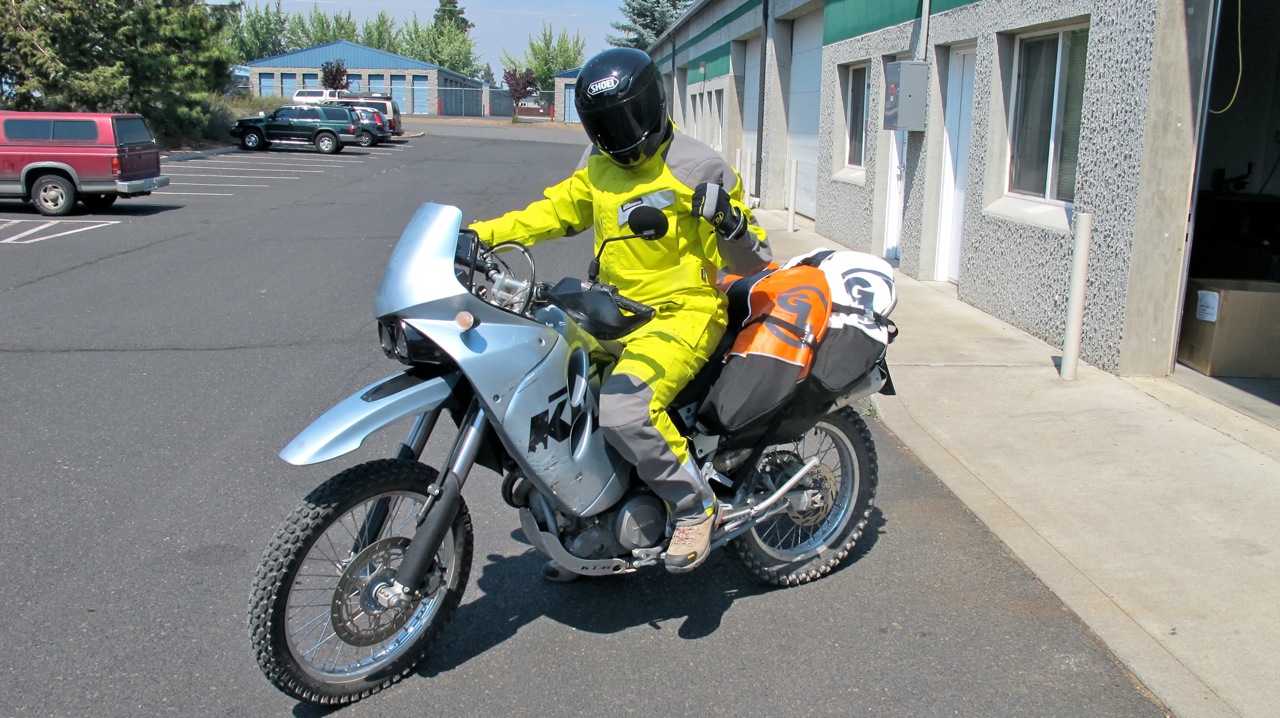 Giant Loop Rider Dimitri stopped by the shop the other day to get some new luggage. ?He was on the return leg of a fly and buy that brought him to Central Oregon. He had found the new to him KTM 640 Adventure online and flew up to complete the deal. On his way home, he swung by the Giant Loop shop and loaded his kit into not one, but TWO Coyote saddle bags. The Coyote bags were for some friends back home, but they did a good job of holding his kit on the 640, when it was all said and done. 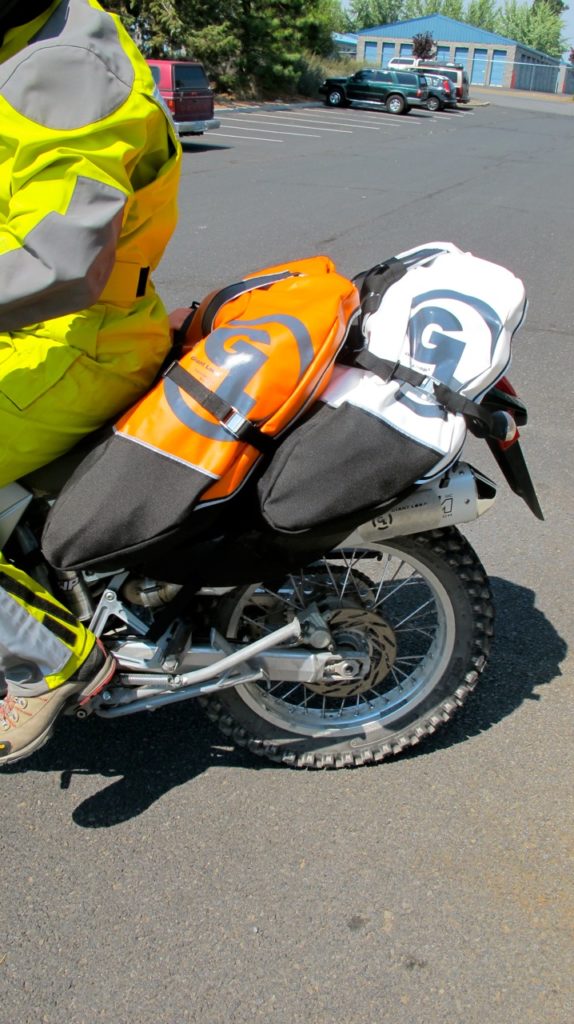