By haroldJune 10, 2014Events, Riders
No Comments

The reward that awaited.

The riders gathered and had breakfast.

We separated into groups and headed out on different routes, destined for the Hot Springs. Each rider with the goal of arriving at the waiting Pools, Kegs and Katering by Michele, Brian and Paul. There were enduros headed for Fandango Canyon, adventure bikes rolling out to Sheep Rock and several riders that made Christmas Valley after lunch time, then slabbed it in to the Hot Springs.

Navigation was a snap, since I had gathered a bunch of good tracks with our Trailtech Voyager and had them uploaded to the ?Voyagers on GL’s KTM 500 EXC, Honda XR650R and my KTM 950 S&M.

The “Trailside Service” contest entries included a self extrication of a rider with broken foot(he made it to the hospital safe), a full caps off?re-oiling of forks with ATF during lunch and two fuel systems reworks, one with plugged jet and the other a plugged filter. 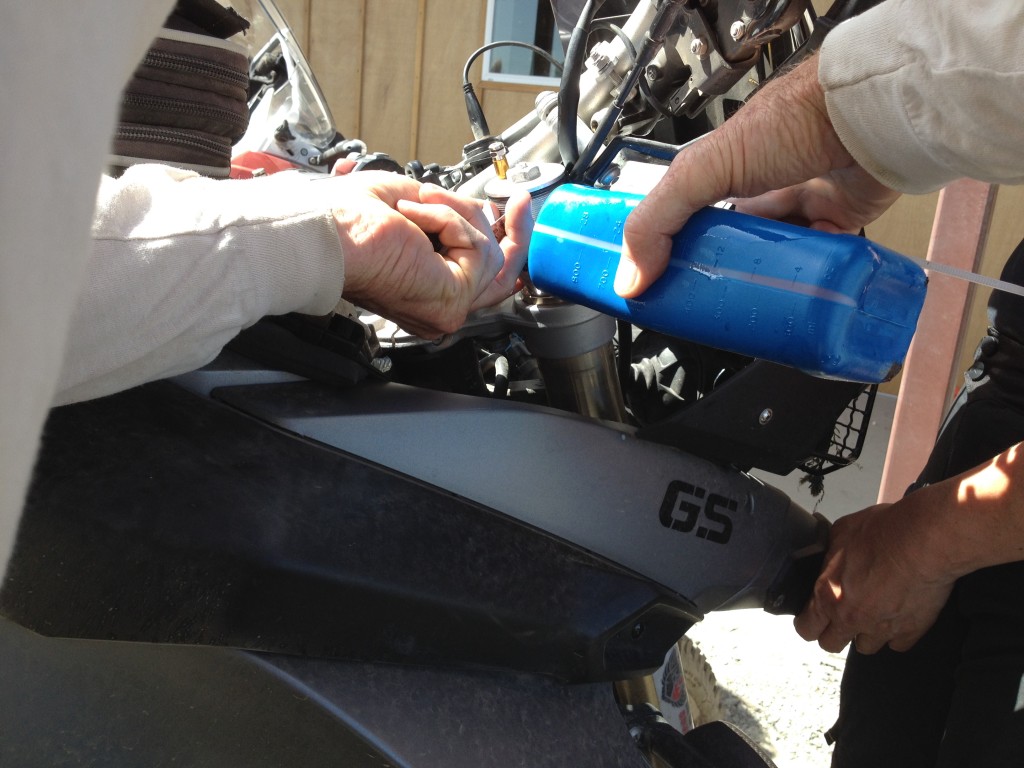 The dust pits were axle deep in some parts and the sand was really thick on the red roads. Those kinds of conditions were new to many of the riders and it took lots of extra focus, just to keep the front tire under the bike.

There were around ten flat tires, four of them on the rear of Darryl at Cyclopsadventuresports.com’s KTM 990 Tire Burner, another was in Lendon at Seat Concepts.com group. Good thing Darryl understands LC8’s appetite for tasty tires. ?Big Bertha(my KTM 950S&M) chewed right through the gristle and steel, leaving nothing but?bones. Lucky it still held air and got me back into the driveway… 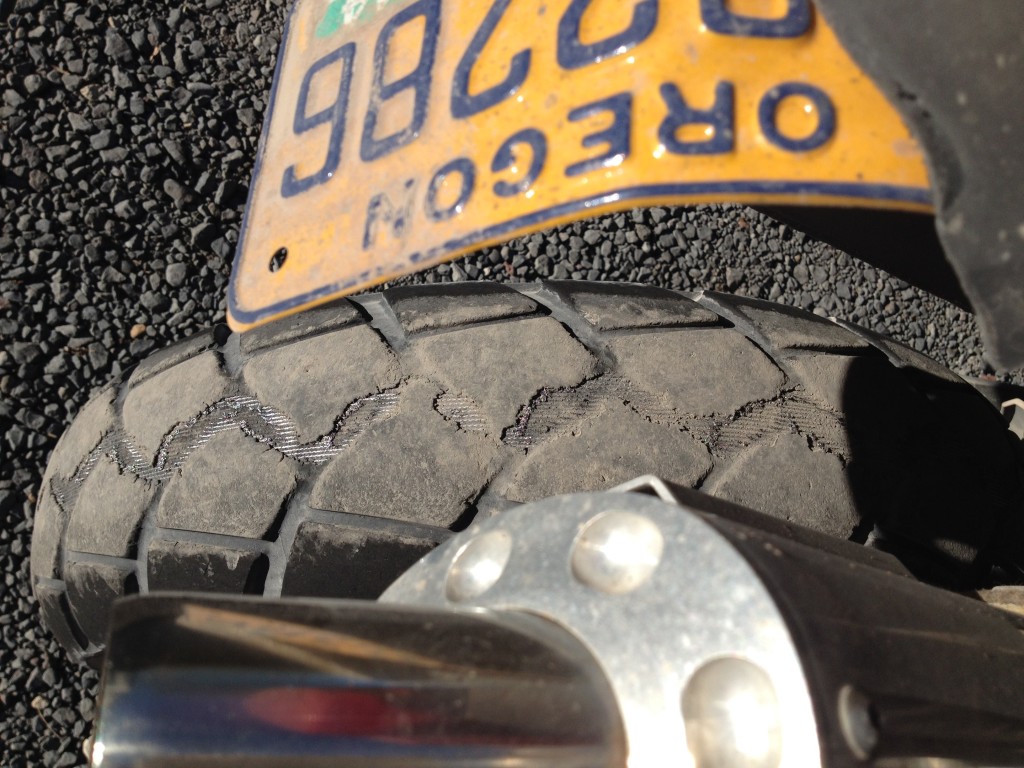 I’ll get another post up with pics of dinner and the campfire, as I can find them.

Thanks to everyone who joined us on this ride, to the folks at Summer Lake Hot Springs for hosting us and the cafes and stations in Christmas Valley, Paisley and Silver Lake for feeding us or filling our fuel tanks, for the next leg. An especially big thanks to the Katering Krew for feeding us tasty Tri-Tip-Tacos for dinner!

As Harold travels in Norway, our thought are with him and his family, since they were evacuated from their home due to the Wild Fire in Bend. This is a phone pic of the fire was taken by my friend, Danny Funderburg, Sunday night.