Cycle World magazine’s Jeff Allen and Sean Klinger recently loaded their adventure bikes – a KTM 1190 Adventure R and a BMW 1200 GS Adventure – with surf boards and went on Baja run, dubbed “Baja 500 Surf & Turf” in the November 2014 issue. They used Giant Loop’s Pronghorn Straps to secure the surf boards to their motorcycles, and as you can see from the photos this wasn’t a sit-down-putt-putt kind of ride! 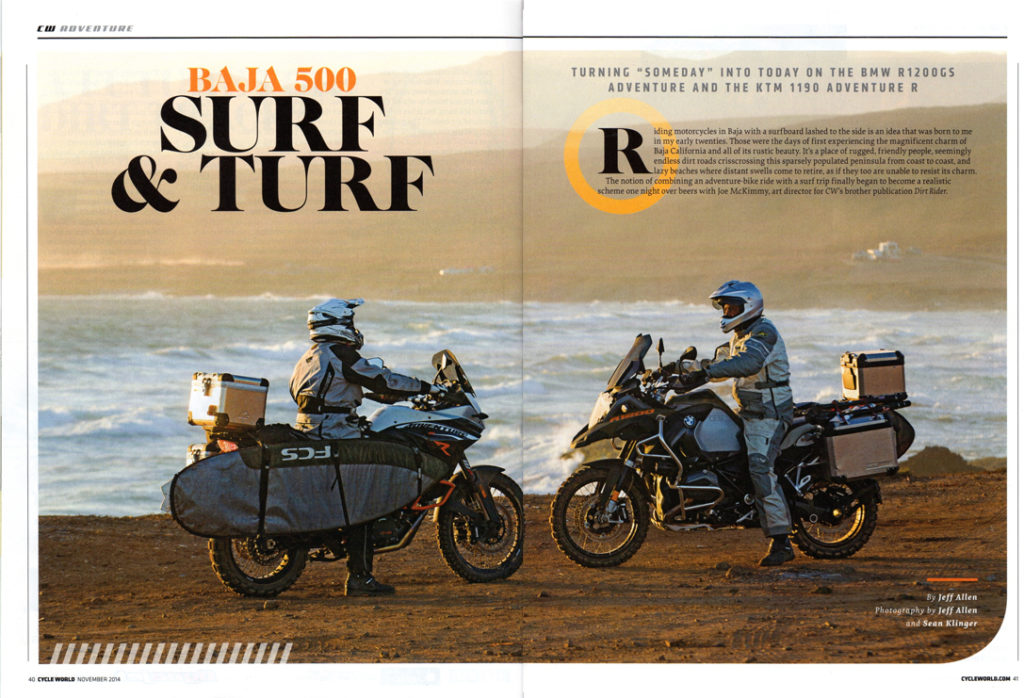 Here’s what Cycle World wrote about the Pronghorn Straps:
“We used the awesome Pronghorn Straps from Giant Loop (www.giantloopmoto.com) as attachment points to keep springy tension in the tie-downs, which kept the boards snug and secure with little chance of slack developing. A quick test run down the freeway at 80 mph and a few curb and speed-bump jumps as shakedown proved this was the right solution, and we were comfortable with the setup for the trip.” 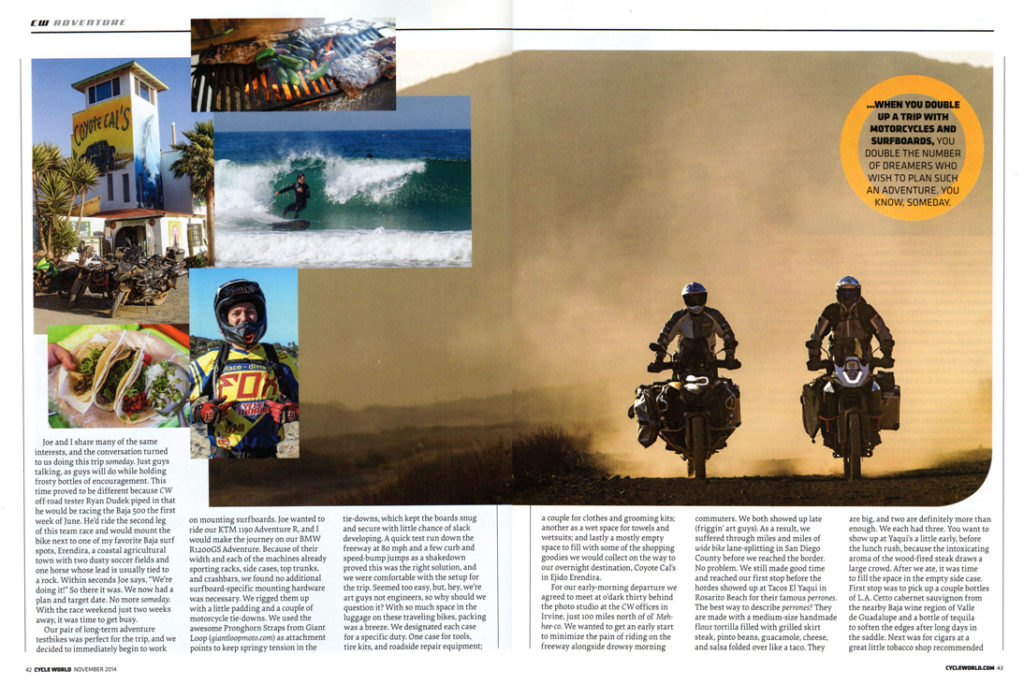 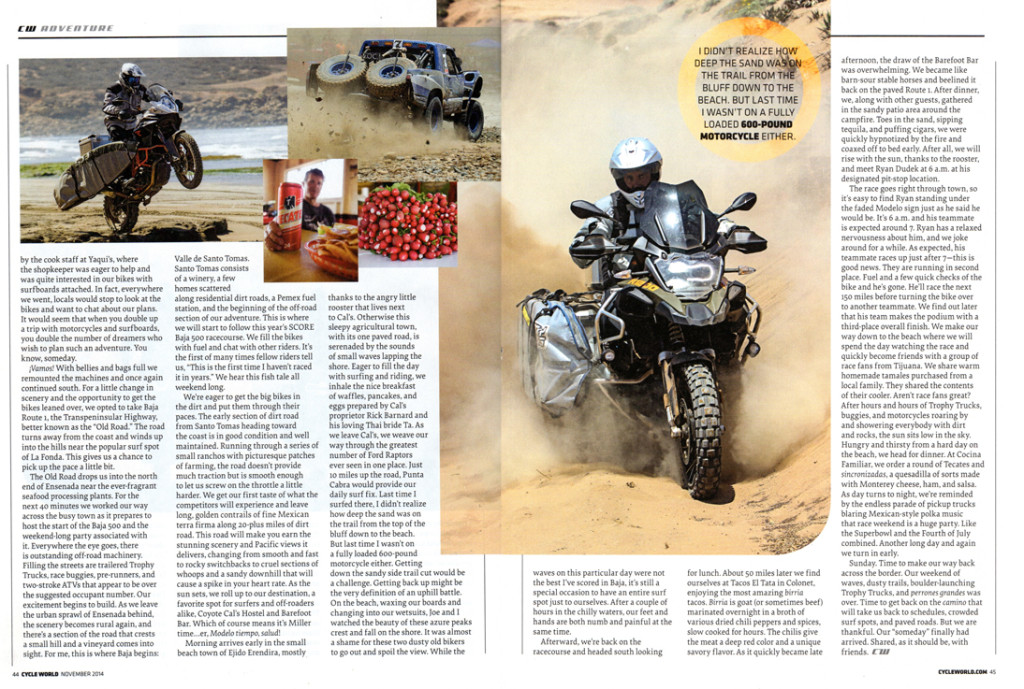 Get the full story at Cycle World magazine!