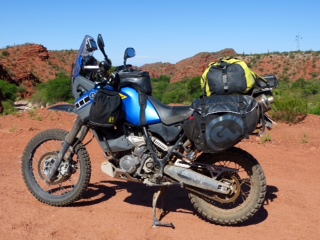 Paul wrote in and said:

“After a year on the road in South America, I still wasn’t happy with my panniers. ?I started with hard panniers then switched to conventional soft panniers, but neither worked for me. ?I quickly decided hard panniers were not what I wanted when riding in the dirt (I finally lost one when riding too fast on some serious Bolivian washboard, which was probably a blessing – meant I had to buy some soft panniers before I got a broken ankle in a fall!). ?I could never get the soft panniers to fit really snug to the bike, and they were a pain to take off and put on – an unavoidable requirement sometimes when staying in hostels.

Eventually I got my hands on some Siskiyous. ?I had been using a Diablo tank bag for several months – I swapped it for the bigger tank bag I started with, which kept hitting me in the Crown Jewels when standing on the pegs! ?I was super happy with the Diablo, so I reckoned the Siskiyous were worth a shot. ?I think I’ve nailed it: really secure, easy to mount and remove, weight nicely forward on the bike, seriously tested in an Argentinian thunderstorm and stayed 100% waterproof… ?Very happy so far.

I wasn’t sure how they would fit the 660 Tenere because of the prominent pillion handles, but I’ve had no problems. ?I’ve still got my old pannier rack fitted, but I’m toying with removing it to save a few kg and seeing how things go.” 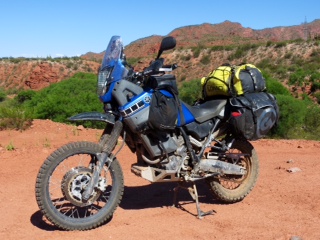 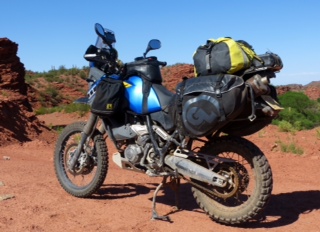 Thanks Paul for the pics and fit review!

Ride while you can.