There was a strange knock at the email door, last Christmas season. ?It wasn’t the first time that a well researched and experienced long distance rider contacted Giant Loop for luggage solutions. 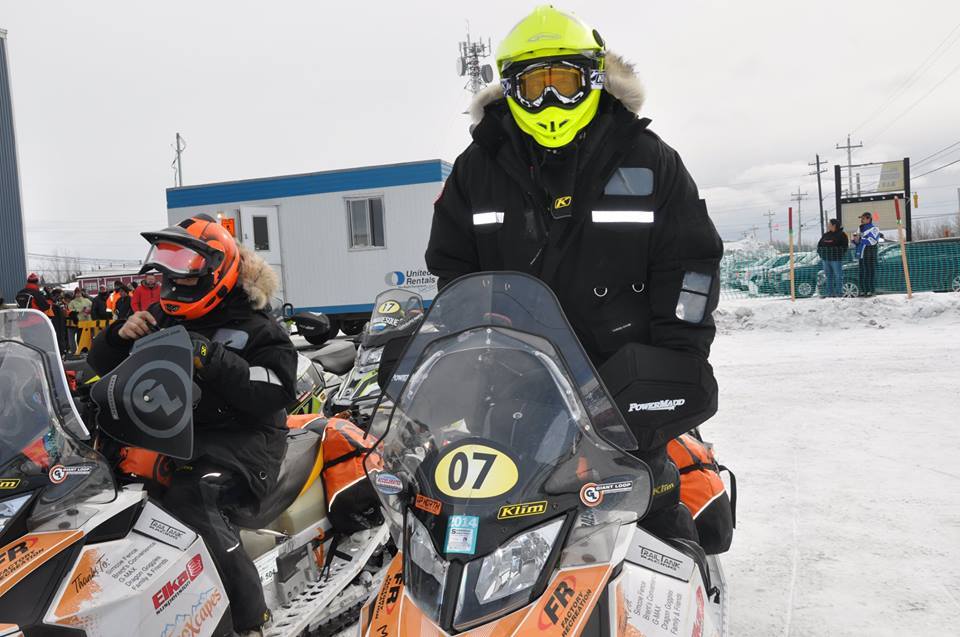 Something was very different this time, since Canadian rider Kirk Hastings wasn’t outfitting a motorcycle and he wasn’t taking a trip across the Trans-Canada Trail, or riding the Haul Road to Inuvik, or traveling ?south to Ushuaia. He was building a Skidoo Freeride SNOWMOBILE for cross country racing. 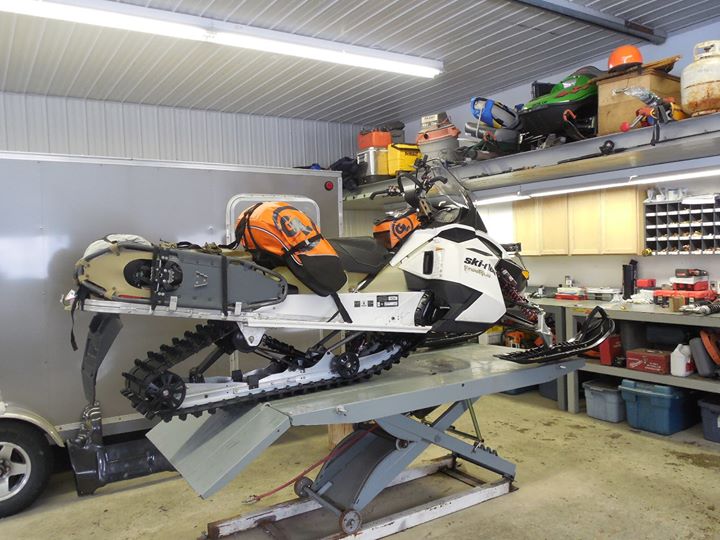 Kirk had heavily researched a few vital components, for his and team mate David Price’s race machines, that he knew would give him the edge over race teams with conventional equipment. The issues he wanted to dial in were lighting, luggage and suspension. His requirements for the packing system were to carry 90 pounds of supplies and required safety gear. So, he began the search to find the best soft luggage on the market, for his race setup, and after looking at every luggage system on the planet, ?Giant Loop’s packing system became that solution. ?The benefits that Kirk wanted to experience were dry safety gear, loaded close to the center of his machine, in a bag that was easy to mount and remove, mounted in a way that didn’t interfere with the rider, upset the balance of the machine or overload its limited rear framework. ?While we have sold plenty of Great Basin Saddlebags, Diablo Tank Bags?and?Bushwacker Hand Guards?to motorcyclists for these very reasons, this is the first one destined for snowmobiles! The boys also found Pronghorn Straps to be very handy, keeping their gear secured tight. 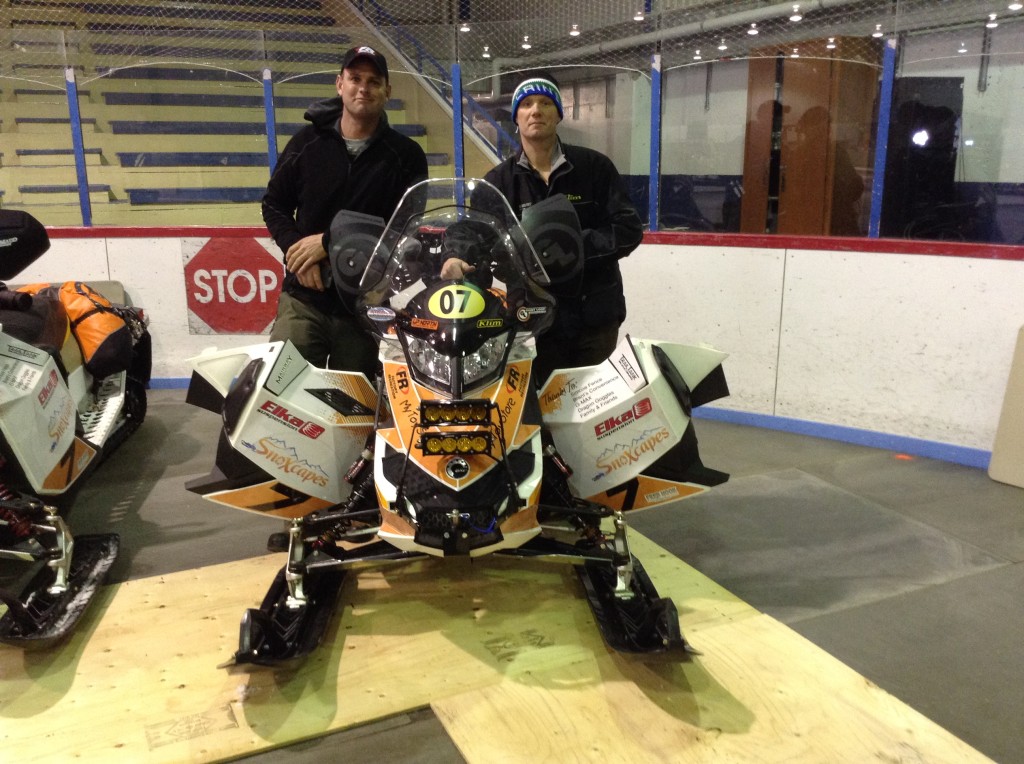 It wasn’t just any little race, either, it was the 3300KM Cain’s Quest. Cain’s Quest takes place on the eastern Canadian coastline, in the region of Labrador, Newfoundland. The week long, 22 checkpoint, two rider team race starts in Labrador City. Then, the course runs out to the coast at Cartwright, across the coastal headlands and sea inlets to Nain, then back across land to finish in Labrador City. The racers ?cannot use any groomed or established trails and must navigate across the barren northlands, while dealing with extremely harsh winter conditions and carrying mandated safety equipment. Emergencies are regular and many, with 20 of the 29 teams entered ending their race with either a medical or mechanical. While a mechanical may not seem an emergency, ANY time spent with protective winter gear removed, to wrench and hammer broken bits back together, leads to frozen body parts. Frozen hands, feet and faces are the main concerns for racers, but crashing at speed has its own risks, with the constantly changing conditions, terrain and wind driven snows.

Link to some Elka Suspension test video from before the race.?The Great Basin Saddlebag looks solid and stable on that machine, as it rips the 2-3ft whoops, at 65mph. ?

Read the exciting wrap up to the race, in these?Cain’s Quest Facebook postings!?
I am sure our friends at Baja Designs and Elka Suspension were equally impressed with Team 7 SnoXcape’s finish of the 2014 Cain’s Quest.
Great Job Kirk and David!!

Hit this link for some POV camera footage of them during one of the stages. 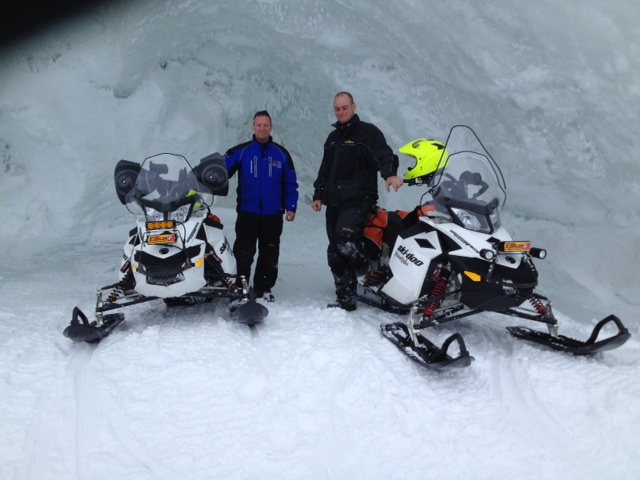 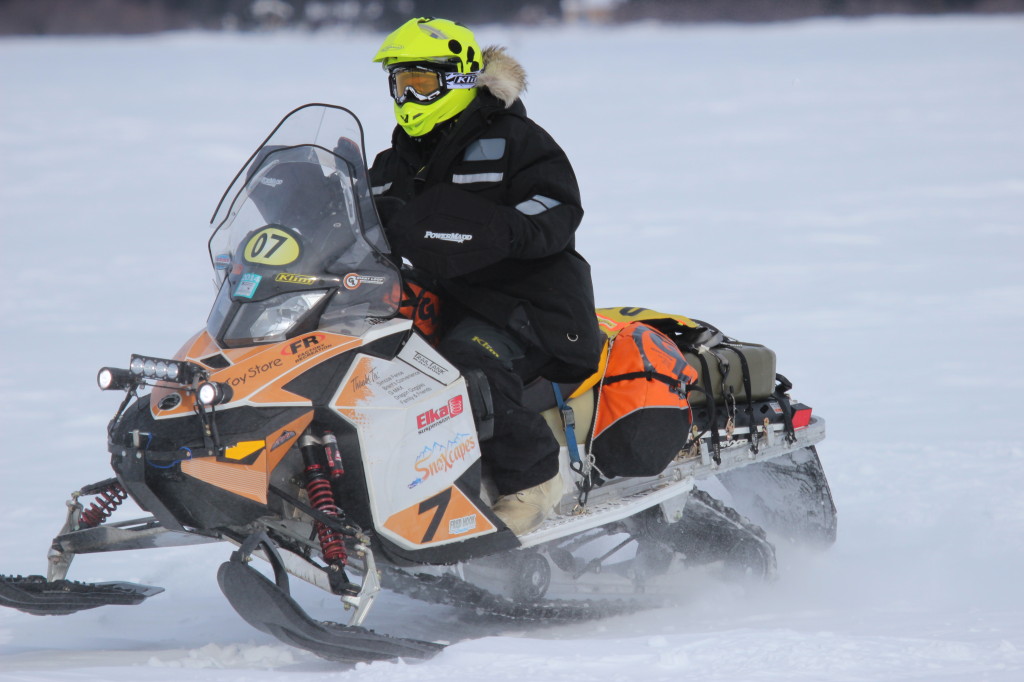