The Desert 100 is always physically hard on the racers and their carefully prepared race bikes. ?Therefore,?I was, and wasn’t, shocked to hear news of GL racer Alex Sherman’s crash, while battling for a top ten position in last weekend’s event, and that it was a race ender! ?A rescue helicopter is positioned on the ground and ready for the eventual emergency evacuation of an injured racer. The chopper crew is usually busy during the event, providing life saving transport to the local ER for the urgent medical needs of downed racers.?Fortunately for Alex, he didn’t need any medical assistance, since he avoided injury.

There are no rescue helicopters for injured bikes, however, and that leads to some additional suffering for the damaged machines, as they are ridden back to the pits or hauled onto the sweeper truck.

Alex’s KX450F, was one such motorcycle that was damaged to the point of no longer being race-able, during a tussle with a boulder filled dust puddle. When Alex crashed, the bike hit a hidden rock so hard, that it dented and punctured his upper fork tube, plus twisted his lower triple clamp against steering stop on the frame. As Alex rode out to the pits, the inner fork slider was hammered against the dent in the outer fork tube, hard enough to bend and damage the inner cartridge.

Here are some pics of the bike, with it’s smashed fork leg and lower triple clamp on the operating table, showing the extent of carnage the bike endured, both during and after the crash. 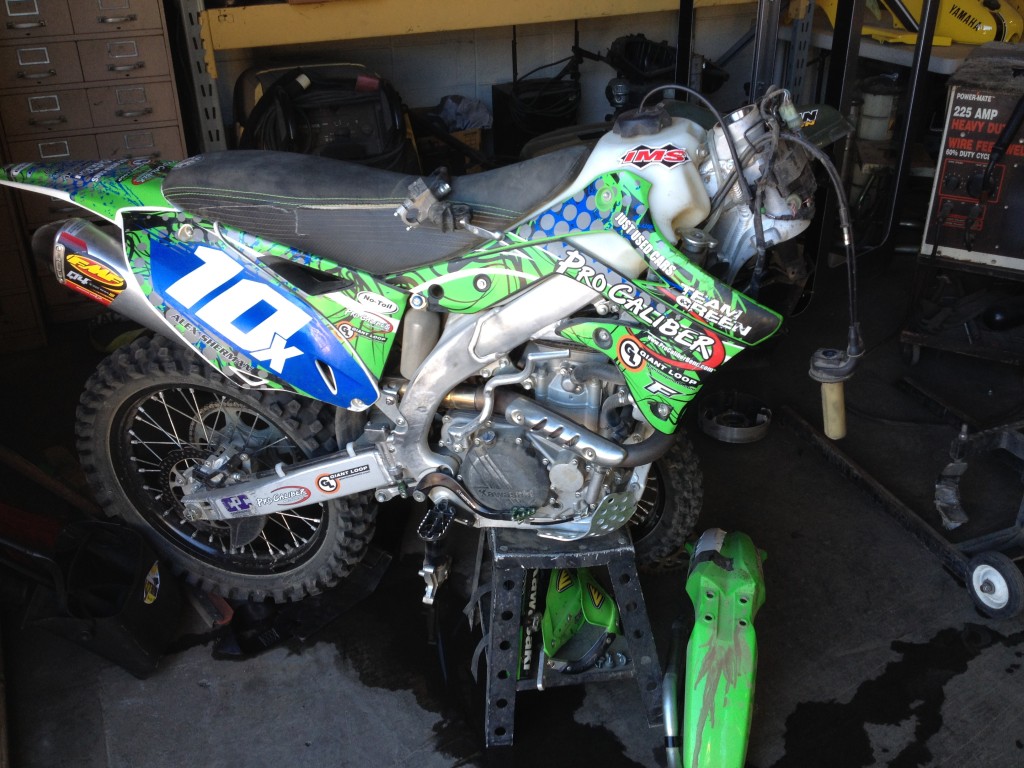 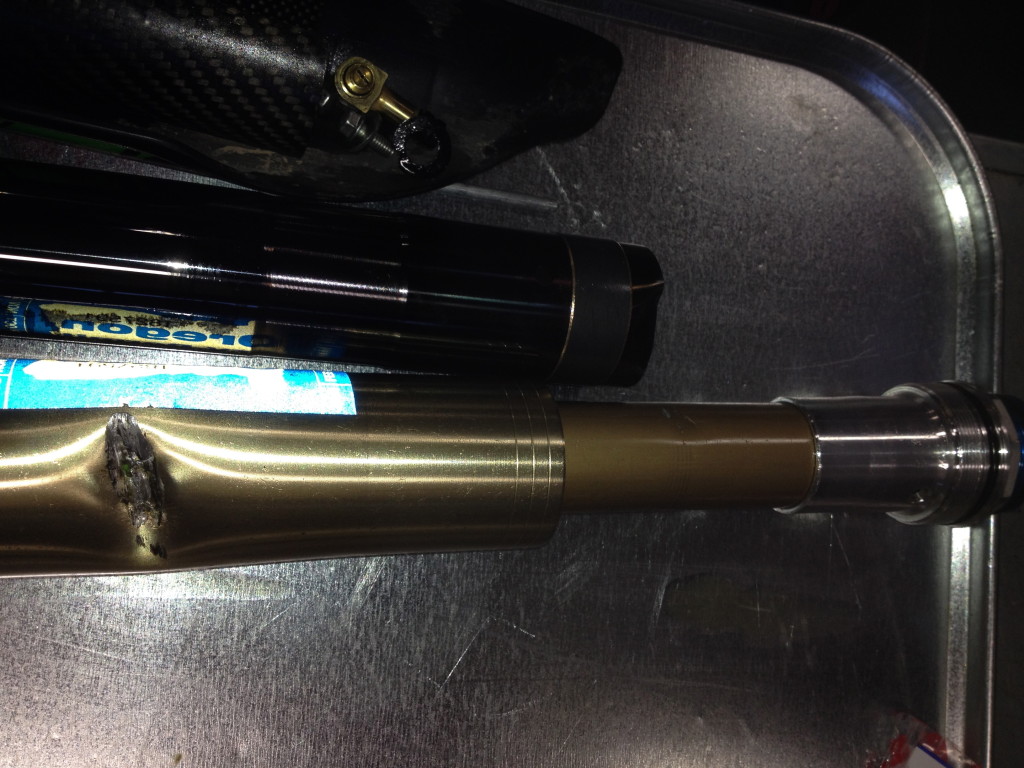 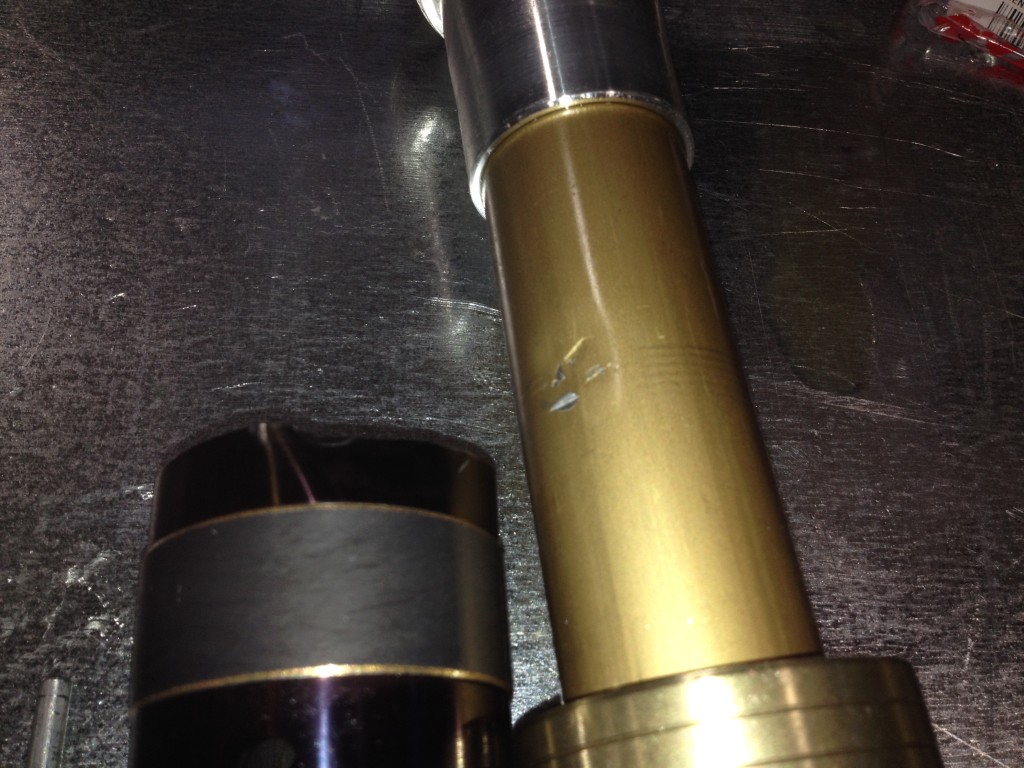 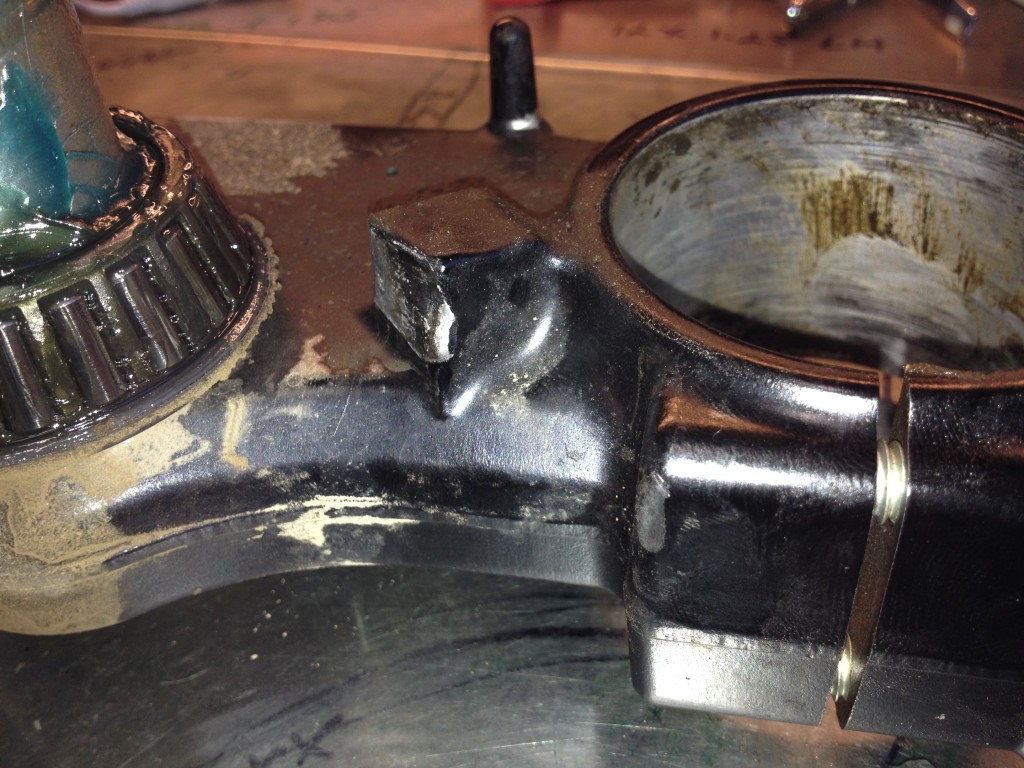 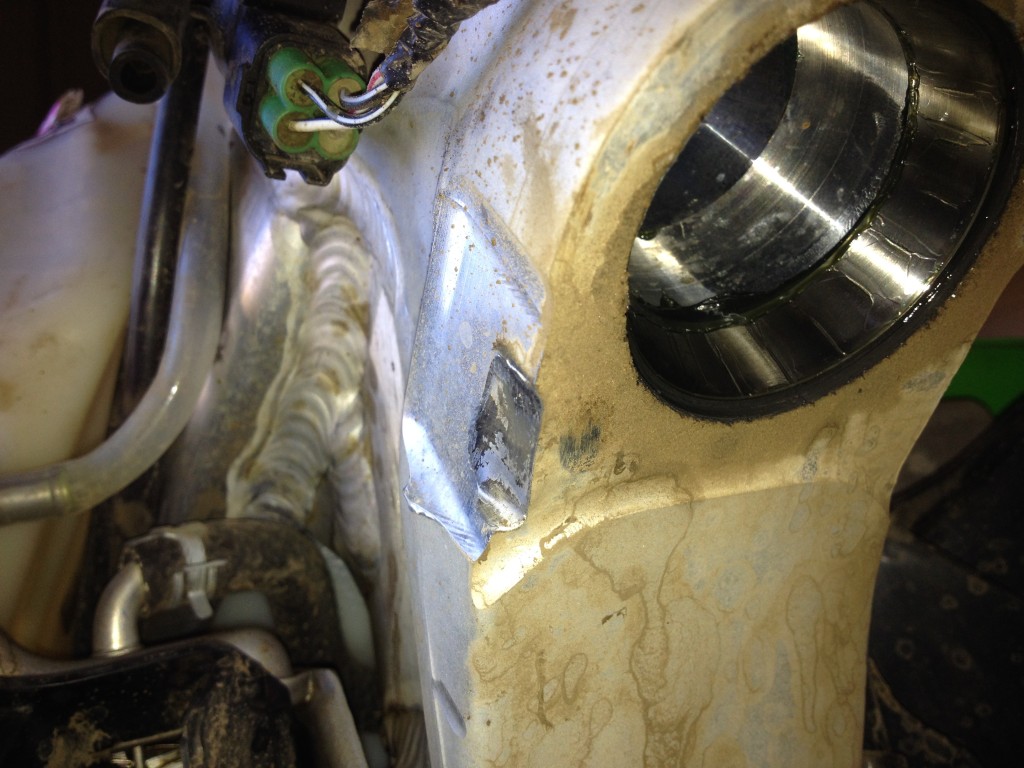 Check out this awesome race footage,from his chest mounted camera, that Alex edited together: