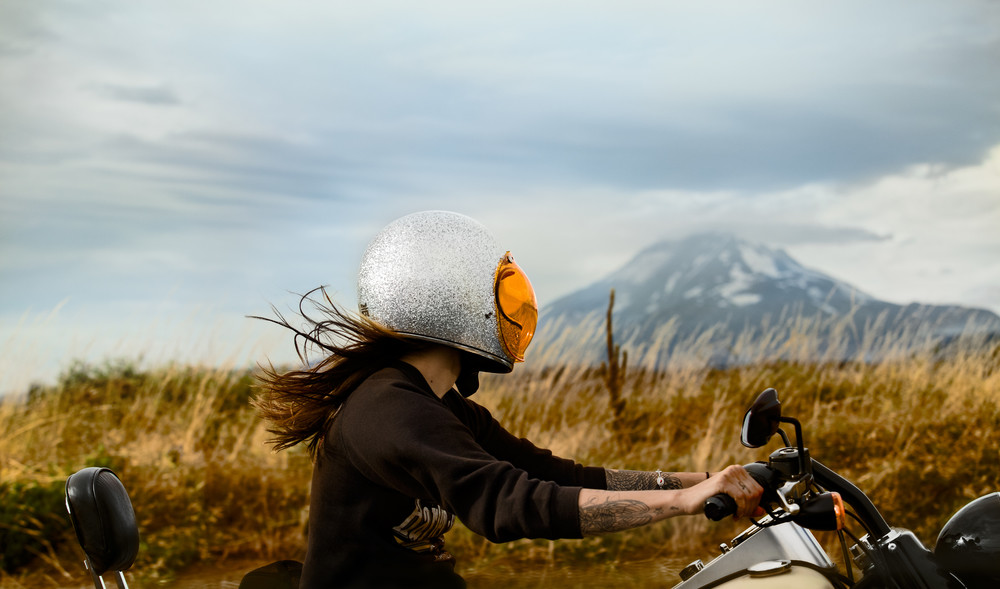 To say the Dream Roll 2016 was a success would be a gross understatement. Between motorcycle camping with no boys allowed, bike rides to waterfalls, tattoos in tents, free beer, and the biggest group of badass women you’ve ever seen, this weekend is one we’ll never be able to forget, even if we tried. It took place on the Flying L Ranch near Mount Adams, Washington from August 12-14 with about 200 women in attendance. Here’s a small peek into the best trip of the year: 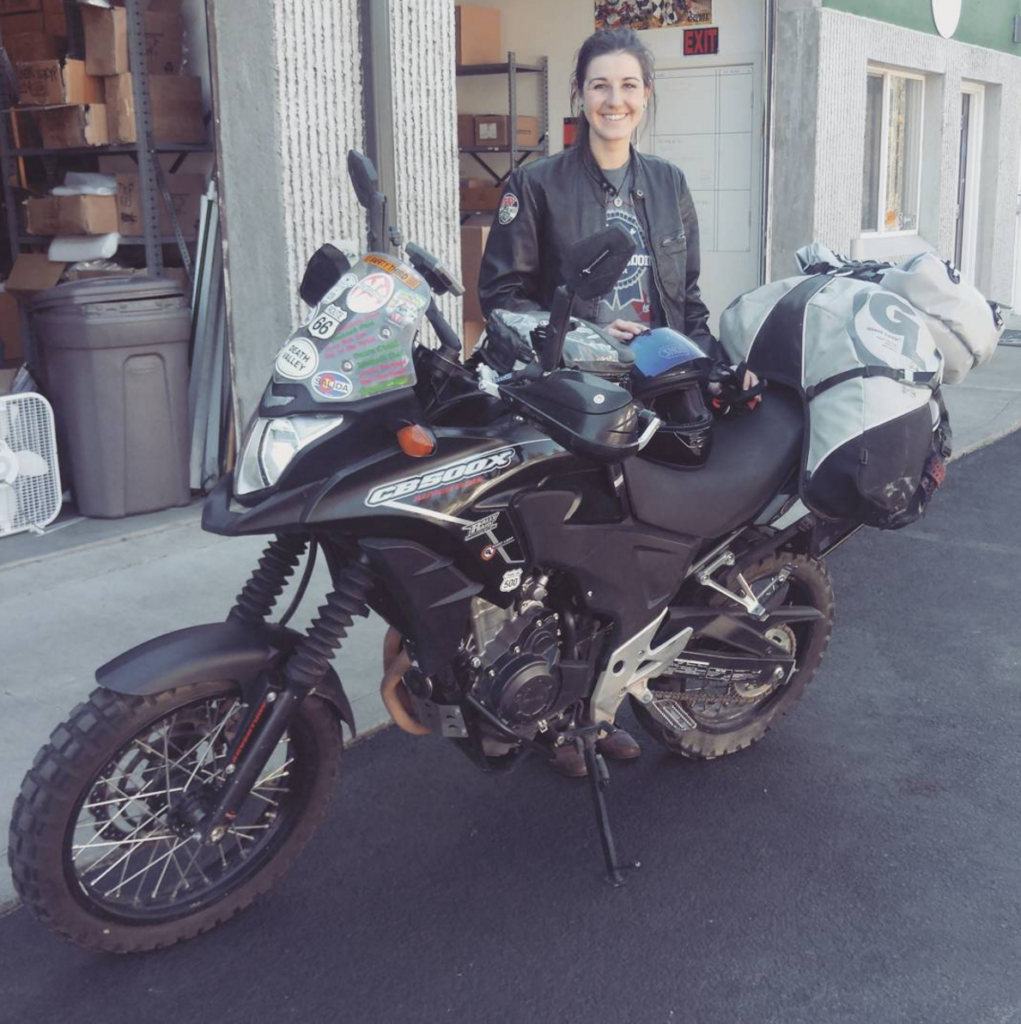 Giant Loop intern, Sydney, about to set off to Washington on the Honda CB500X 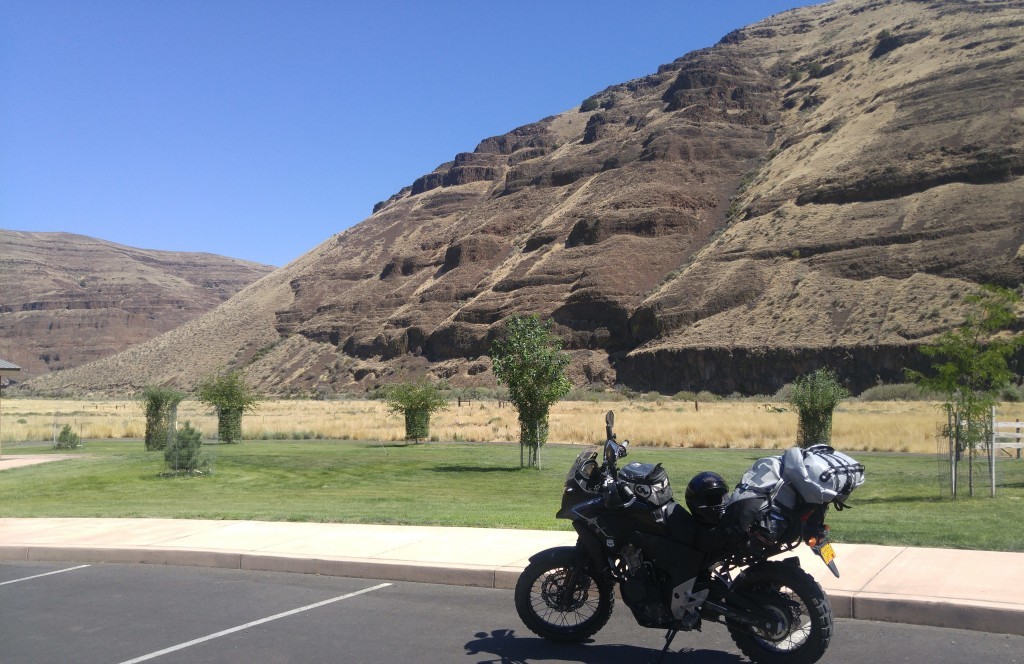 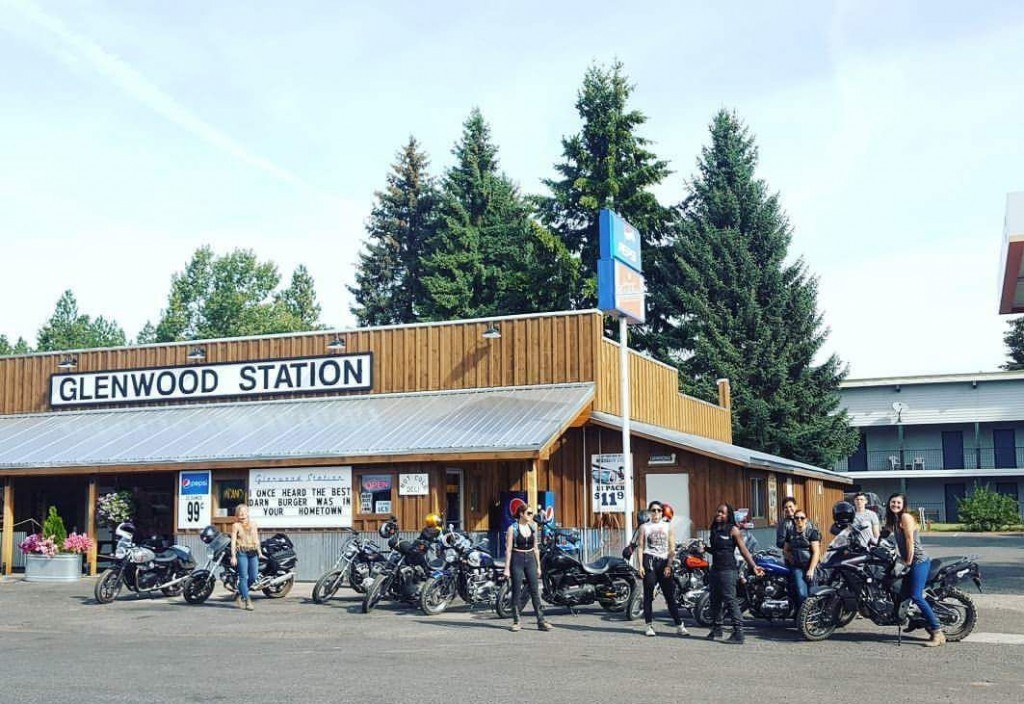 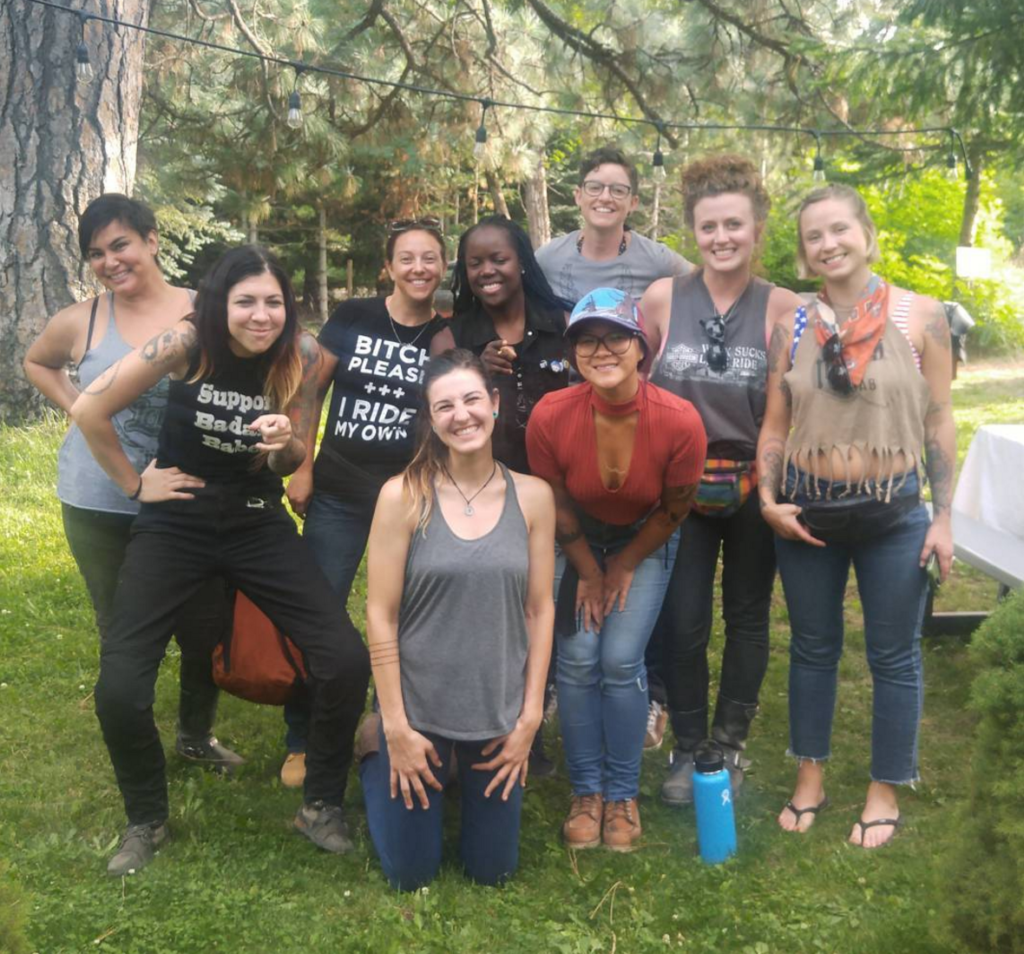 The best crew out for dinner in Trout Lake, WA

I packed all my clothes and food into the Dry Pods in the Great Basin, my sleeping bag, pad and sheath into the Tillamook, spare tools in the Possibles, and phone, camera, GoPro, water, and snacks into the Diablo, all packed nice and tidy on the Honda. Everything was secure the whole ride, not a single issue; the weight was nice and low, too, so I wasn’t being thrown around in the wind or thrown off balance in the beautiful Washington twisties.

The tank bag, I realized, is deceivingly large. As the smallest of the tank bags Giant Loop offers, I was skeptical, but only until I tried it. It fit my DSLR camera, phone, wallet, snacks, headphones, water bottle, AND GoPro all at once with no problem. We stopped at a gas station where I got more snacks and another water bottle, before I realized I didn’t think I had any room left. But I was wrong, I ended up fitting everything in without even straining the zipper!

Another unexpected savior was the sleeping sheath. I don’t have a tent, so I posted up in a hammock and sleeping bag under the trees, with the sleeping sheath still in the Great Basin, since I thought I wouldn’t need it. Then a fat bug fell onto me from the tree I was under, and I ran for the sheath! I zipped it up and over me and my sleeping bag, folded the top back so the mesh was over my face instead, and I swung under the stars and watched the meteor shower without fear of bugs falling on my face. It’s super lightweight, takes up almost no space, and keeps the critters out. 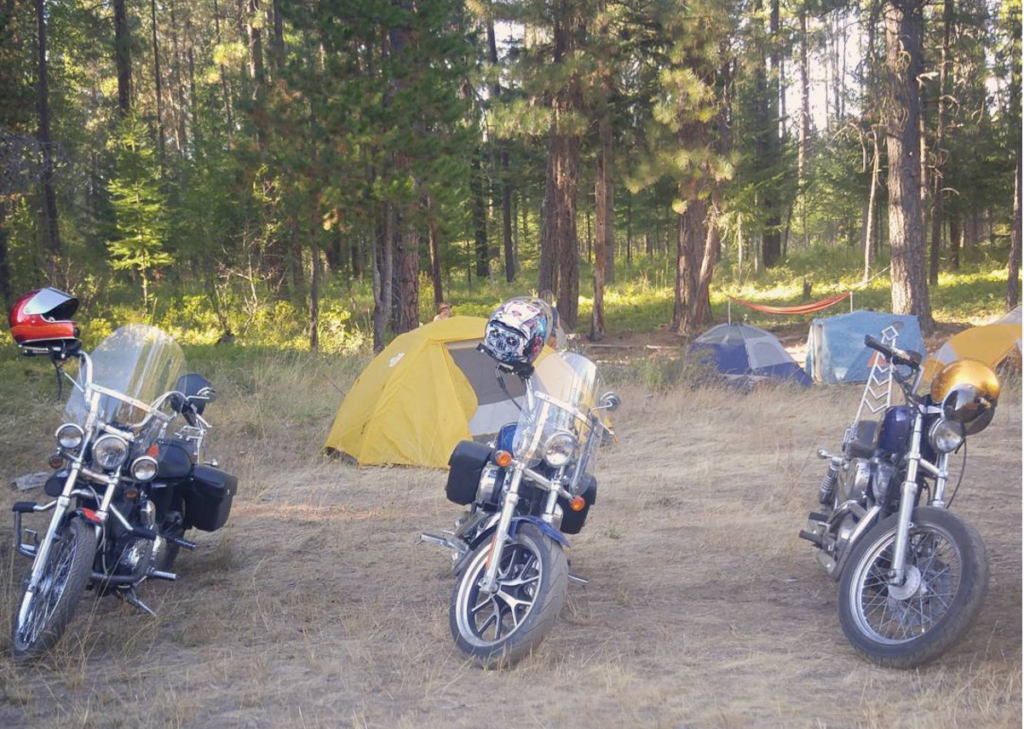 Motorcycle camping with 200 women > any other camping 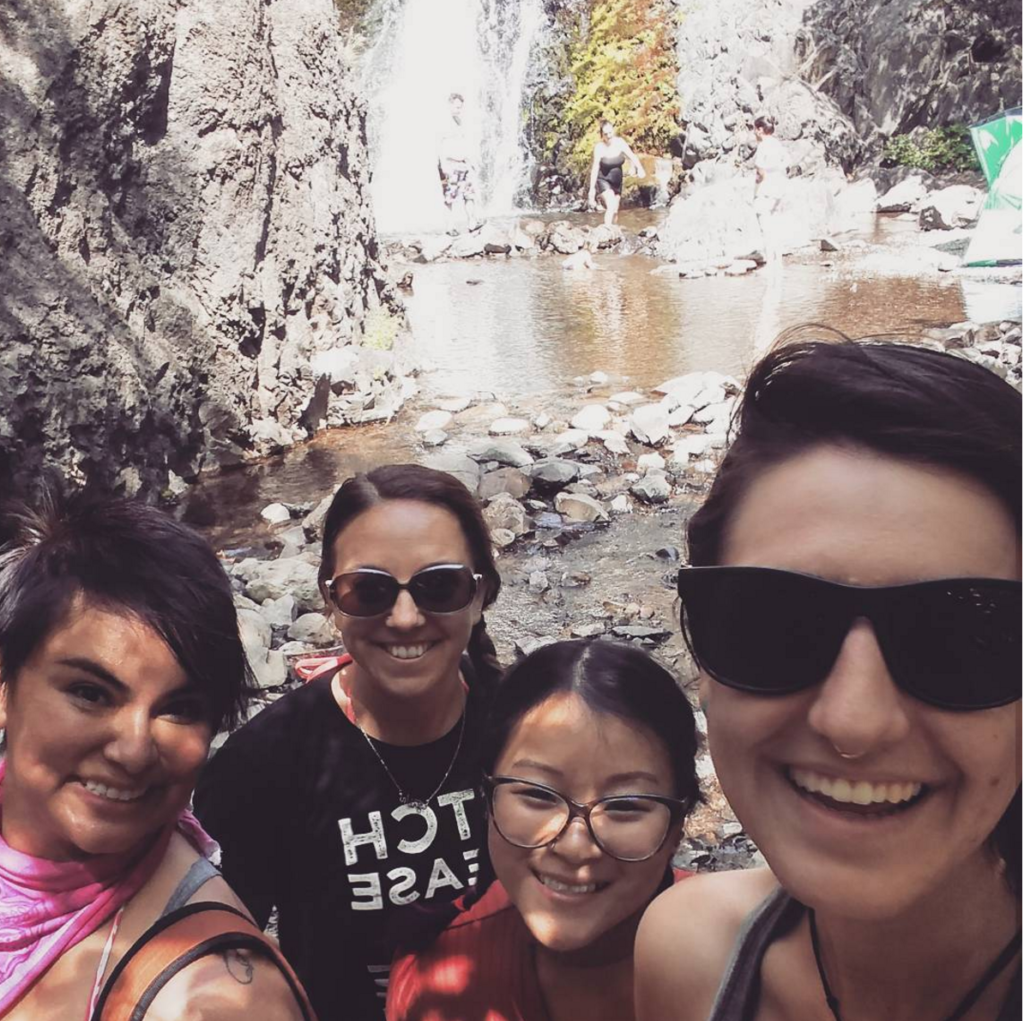 The Gravel Gang makes it to Dog Creek Falls

I met some of the absolute raddest chicks this weekend! Shout out to Ria the Welder who welds AMAZING custom sissy bars. Check out her Instagram to see her work. Then there’s Killer Kelly, who makes t-shirts that say “Support Badass Babes” and sells them on her Instagram. She’s just starting out, so message her and order a tee for only $16, and watch as she grows into an operation that sponsors badass babes in their badass adventures. Another shout out to Hinterland Empire and Wasted Times for some super cool women selling some super cool gear.

Thanks to all the sponsors, including Women’s Moto Exhibit, and everyone involved for organizing the experience of a lifetime. This is only the second year the Dream Roll has been put on, so there are many more to come! This weekend getaway is one for the books and one that we’re all going to come back to again and again. I’ve been riding for 5 years now, but never got the true biker experience by being part of a community of motorcyclists outside my dad and brother. But after this weekend I’ve found my motorcycle community and finally consider myself to be a real biker. Thanks to all the amazing ladies who rode out and made the weekend an unforgettable event. Happy riding! 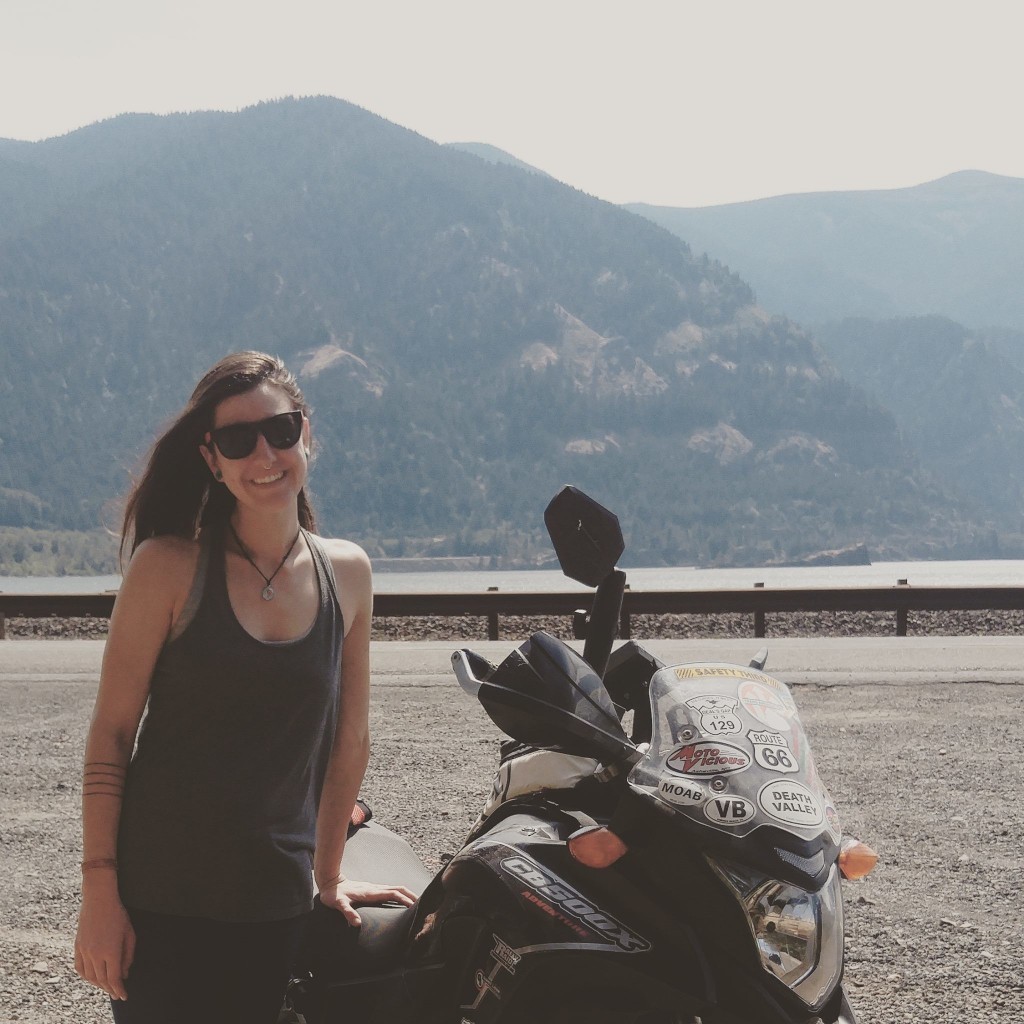 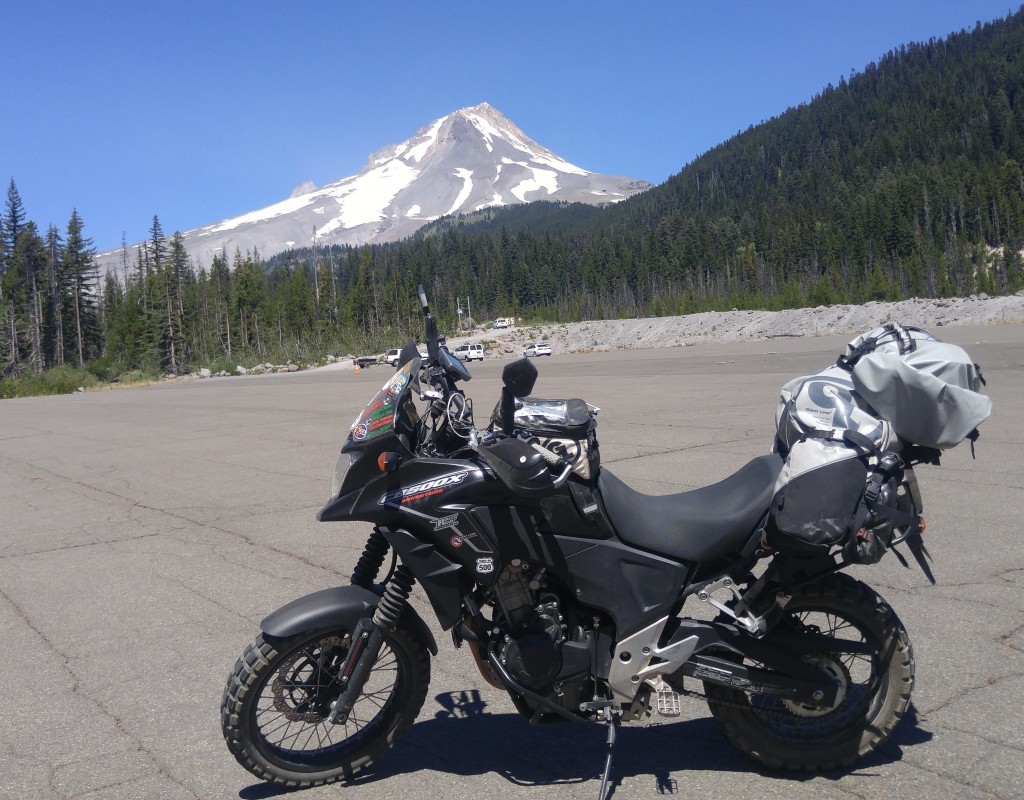 Pit stop for a Mt. Hood viewing on the way home 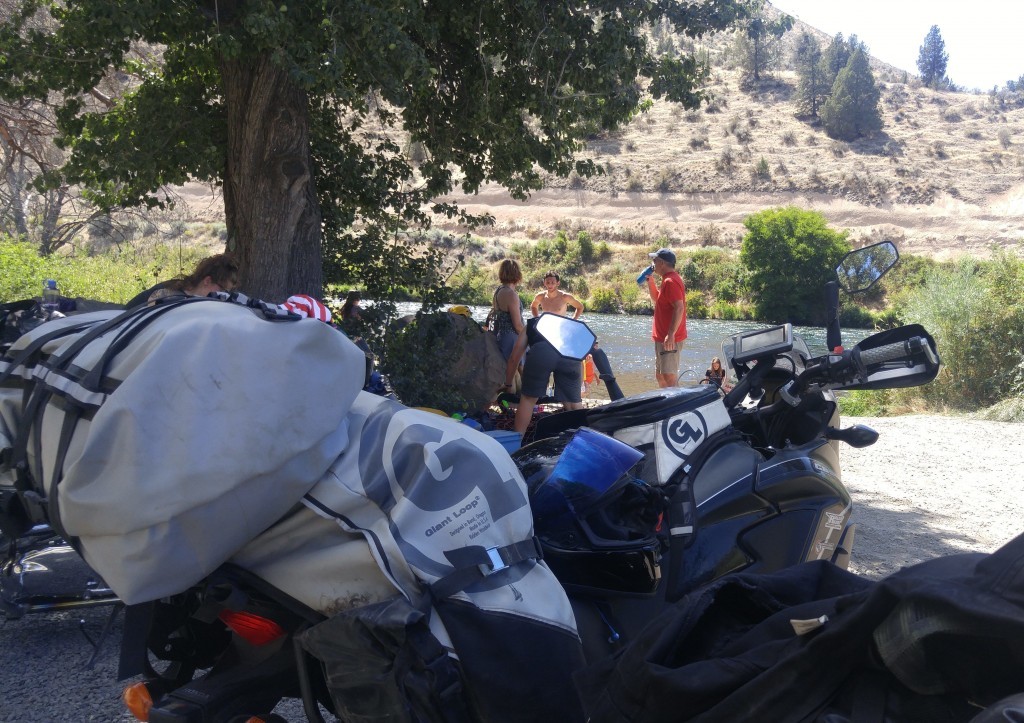